Wig and makeup artist Curtis William Foreman admits that he owes much of his creativity to the likes of Madonna, Andy Warhol, and Picasso, but no one can deny that his creations stand alone. With a clientele including A-listers such as the Kardashians and Gwyneth Paltrow, and having opportunities such as working on season 6 of RuPaul’s Drag Race, Foreman’s 20+ year career has been nothing short of a dream come true. The WigART creator shows no interest in slowing down as he has recently been chosen to work on the season 7 promo video for RuPaul’s Drag Race and to be Department Head of Hair & Wigs at Boneyard FX. Cliché talks to Foreman about the upward mobility of his career, how the 80’s played such a major role in his creative genius, and what goes into making those show-stopping wigs.

Cliché: When did your love for fashion, art, and theatrical hair and makeup begin to fuse together?
Curtis William Foreman: It all started when I was about 10 years old. I remember my mom always had the latest copy of Vogue laying around the house and I would flip through it religiously. Growing up in the 80’s, I found myself drawn to artists like Andy Warhol, Keith Haring, and Picasso, all art icons with a strong point-of-view, which encouraged me to develop my own aesthetic. My teen years were spent experimenting with makeup and designing my own clothes—no surprise that this lead me to the theater where creativity was highly encouraged and praised. With that confidence, I took production to the next level and created Halloween houses, which lead to me being a vocal major/theater minor in college.

How did moving to LA change your career as an artist?
Moving to LA opened a lot of doors and broadened my horizons. I was able to pursue hair on a different level outside of the salon. I kind of re-entered the theatrical/musical scene in Los Angeles, which eventually the LA Opera noticed. They then asked me to teach wig making for theater, and through this process, I decided to make my passion for makeup to a higher place and went back to school for SFX.
How was your experience on RuPaul’s Drag Race?
Fabulous. Fierce. Wonderful. Ha! It was absolutely amazing to get to work with one of my icons in the industry, Mathu Andersen. He’s an absolute trailblazer. I also made lots of new friends from season 6—which opened up more doors in the drag community. All in all, it was a dream come true!

There aren’t many wig artists out there with as much experience or expertise as yourself.  Do you have any advice for young people with a passion in this form of art?
I would say you have to make sure that you have a paid foundation for work so it will afford you your next opportunities. I always suggest Cosmetology School and getting your license; that guarantees you are able to work in all types of salons and it’s something no one can take away from you. In terms of other communities that will pay you for your hair designs, I have found success in the theatrical, fantasy and drag communities. My last piece of advice is don’t give up; you can’t learn everything in one day. It took me 22 years and I am still learning.

Your wigs are so magnificently sculptured and grande, but it can’t just be hairspray.  What are some of the techniques and materials you use?
A magician never tells his secrets! [laughs] You’re right though. Hair and spray can only take you so far from an artistic standpoint. I have to say SFX school is what familiarized me with new wig techniques to achieve pieces you cannot do with just traditional tools. SFX also introduced me to raw materials I’d never worked with before. When I applied the sculpting techniques I learned at school to these materials, WigART came to fruition. WigART is what I call my high concept head pieces now.

You have made a lot of smart life-changing decisions and as a result, grown as an artist throughout your career.  How do you know when it’s time to move on to the next thing?
I think you never truly move on. It’s more like constantly expanding. You never know where your next opportunity is going to come from or who it’s going to come from. That’s part of the excitement when you’re opening a new door—walking through it and having faith it will lead you somewhere else. The trick is to keep your head above water so you can see that door when it’s presented to you—when people start to notice your talent.

You’ve had a lot of A-list celebrity clients already, but given the chance to work with anyone of your choosing, dead or alive, male or female, who would it be?
Madonna. M-A-D-O-N-N-A. Growing up in the 80’s when MTV was born, it influenced me in all kinds of ways. In fact, I still see that era in my art. Madonna to me was the queen female pop icon of the 80’s I felt I related to. She always seemed to give the underdogs a voice through her groundbreaking artistic expression in her music videos and her songs.

Are there any projects you are currently working on?
I was recently just chosen to be Department Head of Hair & Wigs at Boneyard FX for Halloween Horror Nights at Universal Studios 2014, so right now I am surrounded by a great team making all kinds of monsters and creatures. Also, I will be doing the promo video for RuPaul’s Drag Race season 7 soon.

Selina is an art writer for Cliché Magazine. She enjoys good books, great wine, and Otis Redding on a rainy day. You can find her on Twitter @_selinaselinas! 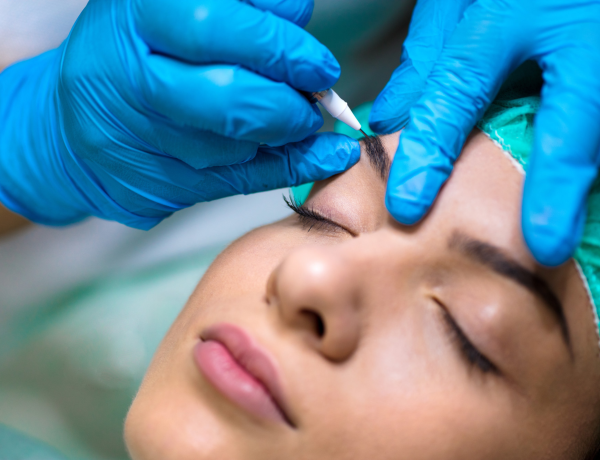 The Basics of Permanent Makeup Removal: What to Consider

What's in Your Touch-Up Makeup Bag?