6 Foods That Can Help Save Your Skin From Sun Damage

We hear it all the time: use sunscreen every day. The benefits of sunscreen are no joke; it protects your skin, reduces wrinkles, and lowers skin cancer risks. But have you ever wondered whether there are other ways we can protect our skin that don’t involve sunscreen? Turns out, there are a range of antioxidant-rich foods that add an extra layer of preventing sun damage. Thanks to Dr. Calapai, a New York City board certified Osteopathic Physician in family medicine and anti-aging medicine, getting all the sun protection we need is easier than ever. Although these foods are beneficial, Dr. Calapai still recommends to use sunscreen daily while adding and consuming these foods to your diet. Read on to explore the list and feel better about protecting your skin!

Berries & stone fruits
“Strawberries, blueberries, and cherries contain high levels of vitamin C, which can reduce free radical damage caused by exposure to UV radiation,” says Dr. Calapai. “Vitamin C also stimulates collagen production, which is important for skin’s youthful appearance. As a bonus, cherries contain melatonin, which protects skin from UV radiation and repairs sunburn damage.”
Leafy greens
“If it’s green and it’s got leaves, chances are it’s good for sun protection,” says Dr. Calapai. “According to one study, spinach, kale, and Swiss chard can reduce the risk of squamous cell skin cancer by 50%. Broccoli is also a good choice: it’s full of sulforaphane, an antioxidant that helps your cells protect themselves against UV radiation. Fresh herbs like parsley, basil, sage, and rosemary are also packed with free radical-fighting, skin-protecting antioxidants.”
Red and orange produce
“The antioxidant lycopene has been shown to protect the skin against sunburn and is at least twice as effective an antioxidant as beta-carotene when it comes to blocking UV light,” says Dr. Calapai. “It also helps rid the body of free radicals. Chow down on tomatoes, papaya, guava, red bell peppers, and pink grapefruit. Watermelon is an especially good choice; it contains 40% more lycopene than tomatoes.”
Microalgae
“Spirulina has been dubbed ‘the next great superfood,’ and for good reason. This microalgae, along with chlorella, contains the antioxidant astaxanthin, which has been shown to protect the skin and eyes against UV radiation,” says Dr. Calapai. “It also fights free radicals and inflammation to prevent sun damage by preventing UV-induced cell damage. If microalgae isn’t exactly your cup of tea, you can find this powerful antioxidant in shrimp and salmon.”
Chocolate
“As long as it’s dark chocolate you’re eating, you’ll be ingesting plenty of flavonoids, which can improve your skin’s ability protect against sunburns and other UV-induced issues,” says Dr. Calapai.  “Research found that people who ate about one ounce of high-percentage dark chocolate every day for three months could withstand twice the amount of UVB rays before their skin started to turn red, compared to those who didn’t.”
Green and black tea
“The myriad health benefits of tea are well-known, but it’s nice to know that the cups you’re drinking can also help protect against sun damage,” says Dr. Calapai. “Green and black teas are packed with polyphenols that can help stop cancer development by limiting the blood supply to the cancerous area. Green tea can even help prevent non-melanoma skin cancer by enhancing DNA repair.”

Dr. Christopher Calapai, D.O., is an Osteopathic Physician board certified in family medicine and anti-aging medicine. Proclaimed “The Stem Cell Guru” by the New York Daily News, Dr. Calapai is a leader in the field of stem cell therapy in the U.S. His stem cell treatments have achieved remarkable results in clinical trials on patients with conditions as varied as Alzheimer’s, arthritis, erectile dysfunction, frailty syndrome, heart, kidney and liver failure, lupus, MS, and Parkinson’s. He has worked with Mike Tyson, Mickey Rourke, Steven Seagal, and Gotham’s, Donal Logue, and he has worked as a medical consultant for the New York Rangers. Connect with him via twitter @drcalapai or at www.drcal.net
Read more Beauty posts at ClicheMag.com
6 Foods That Can Help Save Your Skin From Sun Damage: Featured image courtesy of abhisawa/Flickr 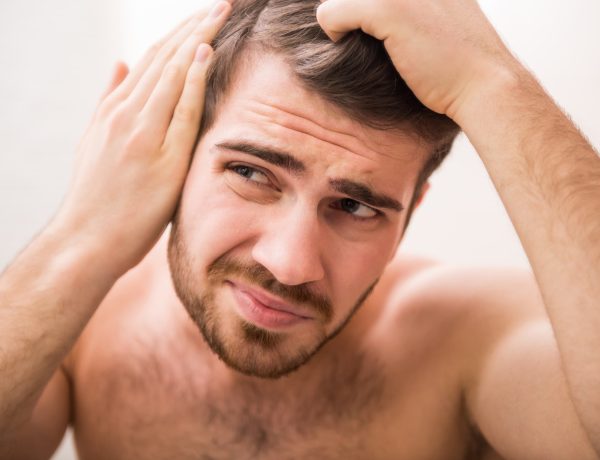 What to do to Slow Down Hair Loss

5 Reasons Why Your Skin Is Showing Signs of Aging: Can It Be Reversed?

'Pirates of the Caribbean: Dead Men Tell No Tales' Review