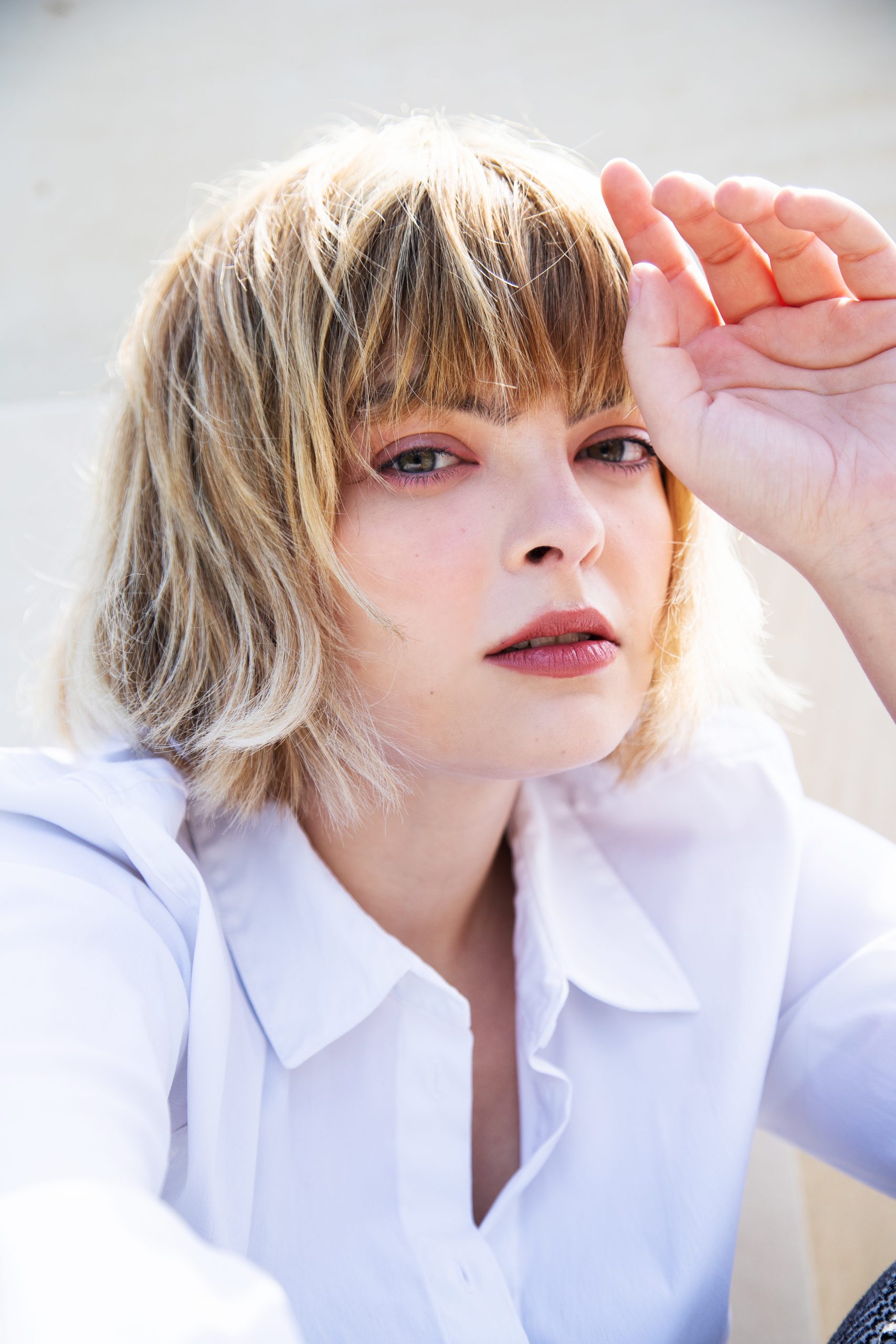 Shelby Surdam is a rising force. Her youth is not a limitation on her already impressive resume of shows. From starring on “Believe Me” to the main role in “SKAM Austin”, an iteration of the SKAM series, she is a force to be reckoned with.

“Cruel Summer” is her latest project, a psychological thriller that centers on the problematic teenhood set in the ’90s where the drama lay bare and authentic, that is without social media. Shelby stars as Tenielle, a “queen bee” whose life is upended by the disappearance of her posse. Learn about her life on set and as an actress at large below. 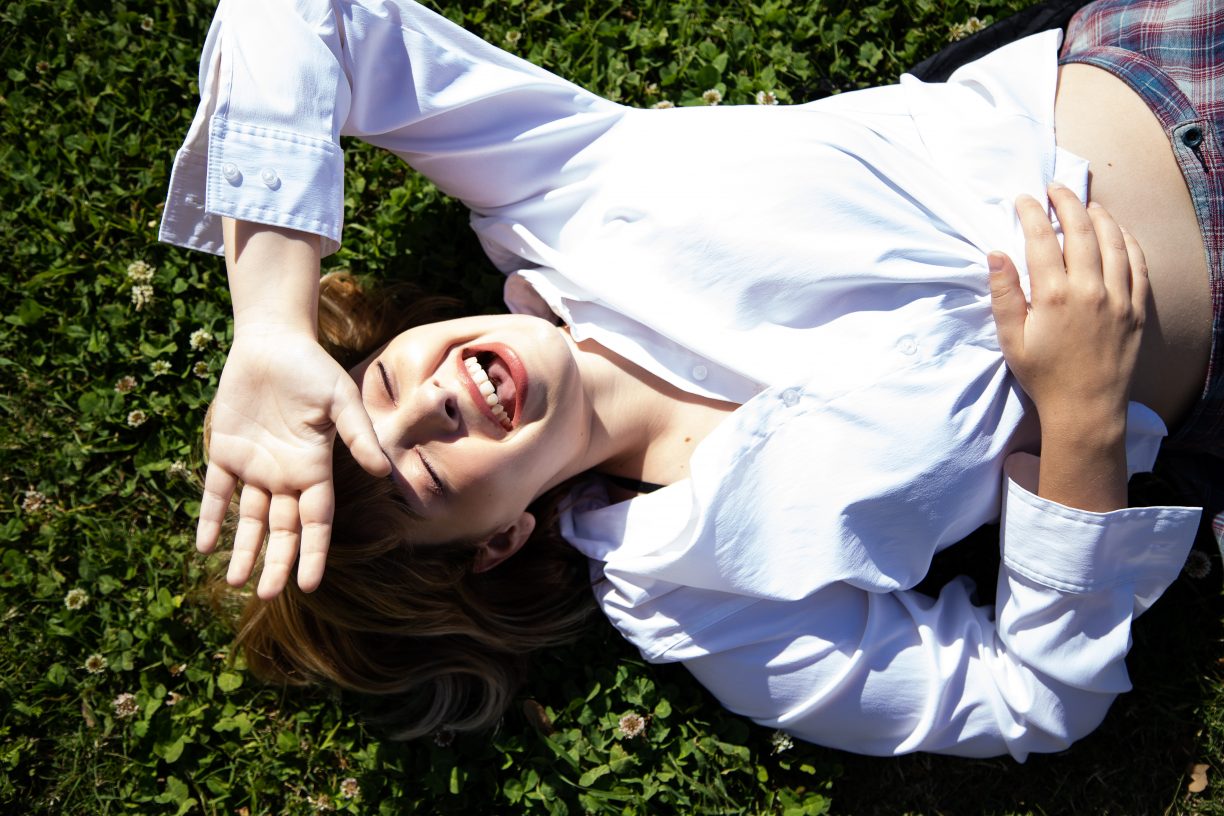 What was your experience like filming for “Cruel Summer”?

Everyone was phenomenal! To the writers, actors, crew, everyone is so talented. They are real pros and I felt really safe while filming during these times. It was a blessing to work on this project and I’m really grateful for the friends and the memories made along the way. It was a great time filming!

As Tenielle, how did you channel a “queen bee” persona? Were there any challenges you faced learning her character?

Well, I was homeschooled in high school, so it was a little bit of a challenge finding this “queen bee” persona but we have an amazing team of wardrobe, hair, and makeup that helped a lot as I think if you feel confident then it will show. That’s what being a “queen bee” is all about – having confidence.

What was it like regressing back to your high school self for the role?

Well, being homeschooled I felt I never got a real high school experience and now I feel like I’ve had one! Especially since at that age I was very nerdy so I never thought I would be playing a popular girl. Playing Tenielle is so different, she’s very much a gossip who tells it like she sees or hears it. 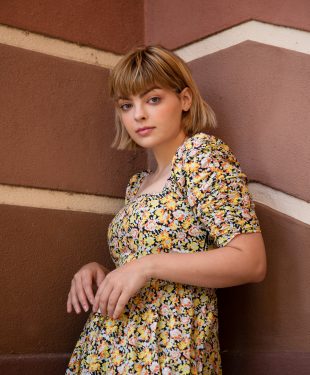 Was there anything you learned from being on set?

There was a lot that I learned while being on set. I’m really just a watcher, just taking everything in. What was so great is that “Cruel Summer” is so women-driven. To the story, but also behind the scenes as well. Seeing Michell Purple, working with Jessica Biel and Tia Napolitano, our showrunner, they are all such hard-working women. We also had two women directors, Kellie Cryus and Alexis Ostrander, and seeing how they do it and taking directions from them was so cool. It was great to see and gave me hope that one day I can do that as well.

How did you decide to become an actress?

There were a lot of things on why I decided to become an actress. I started in theatre when I was younger and transitioned into a film when I was a teen. With doing that, I found something that I loved doing, that I was really passionate about. It’s a bug I caught because I wanted to learn everything there was to learn and I had this huge curiosity. I know I haven’t learned everything and I don’t think I ever will, but that’s the beauty of it. Finding something you never knew.

What does being an actress mean to you?

Being an actress to me means you’re helping tell a story. The great part is doing the work and the research, all while having fun. There’s also the part where viewers might resonate with it in some way. I don’t know, there are lots of emotions being an actress and that’s why I love it. Because I can feel all of them and that’s okay.

What are the (unspoken) challenges in pursuing acting as a career and in the art itself?

I think everyone knows that there is gonna be a lot of rejection, but an unspoken challenge is that sometimes it does take time, even years, to get that gig or job. I know for me it didn’t come quickly. I went to acting classes, worked at restaurants as a host, and worked in fast food. And still, I don’t think I’ve yet “made it,” whatever “making it” means to you. But everyone’s journey is different and it’s good to remember that.

Who/what motivates you whenever you’re in an acting slump or block?

If you’re ever in a slump or block I think it’s a good idea to talk to friends or family about how you are feeling. That always helps me. Usually, I don’t want to do anything, so I’ll watch movies, TV shows, some comfort films and while watching, it helps me and inspires me. Films and TV shows make me feel less alone. Hopefully one day I can do the same in projects.

What kind of projects do you hope to work on? 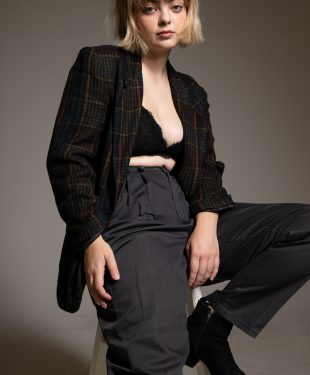 I don’t want to put myself in a box genre-wise. For me, I just want to help tell stories that need to be told and matter.

Where do you hope to be in five years?

In five years I hope to still be acting. It will always be my number one passion. Hopefully, I get the opportunity to dip my toes and branch out into other avenues like directing and producing. I’m already writing! I’m writing with a great group of girls and I’m so proud of what we have right now. I would love to get something off the ground and see it come to life.

If you were given the opportunity to create your own show (reality, drama, etc.), what would you create?

If I was given the opportunity, I have two ideas. One is more fantasy: it was a book that my friend loved. It deals with life and death and wonders if the monster everyone says is real or is it really humans who are the monsters all along. I and a group of talented girls wrote a pilot for it already.

The second is more reality-based and deals with being in your twenties.

So that the readers can get to know you better, here’re some fast facts for you to answer!

Favorite animals are seals. They’re like dogs of the sea.

I’m a Leo sun. Yeah, why not? It’s fun but I definitely won’t dislike you just because of your star sign.

Depending on the mood, some albums I like with no skips Rex Orange County “Pony”, Kacey Musgrave “Golden Hour”, and “Ungodly Hour” by Chloe x Halle, Dayglow has some new songs that I’ve been listening to lately! And of course, I like Taylor Swift. I could listen to her music from any album any day.

Is there anything else that you would like to mention?

Tune in on Tuesdays on Freeform to watch Cruel Summer or the next day on Hulu!

This article has been lightly edited for clarity
Read more celebrity interviews at Clichemag.com

What to do after a Divorce?