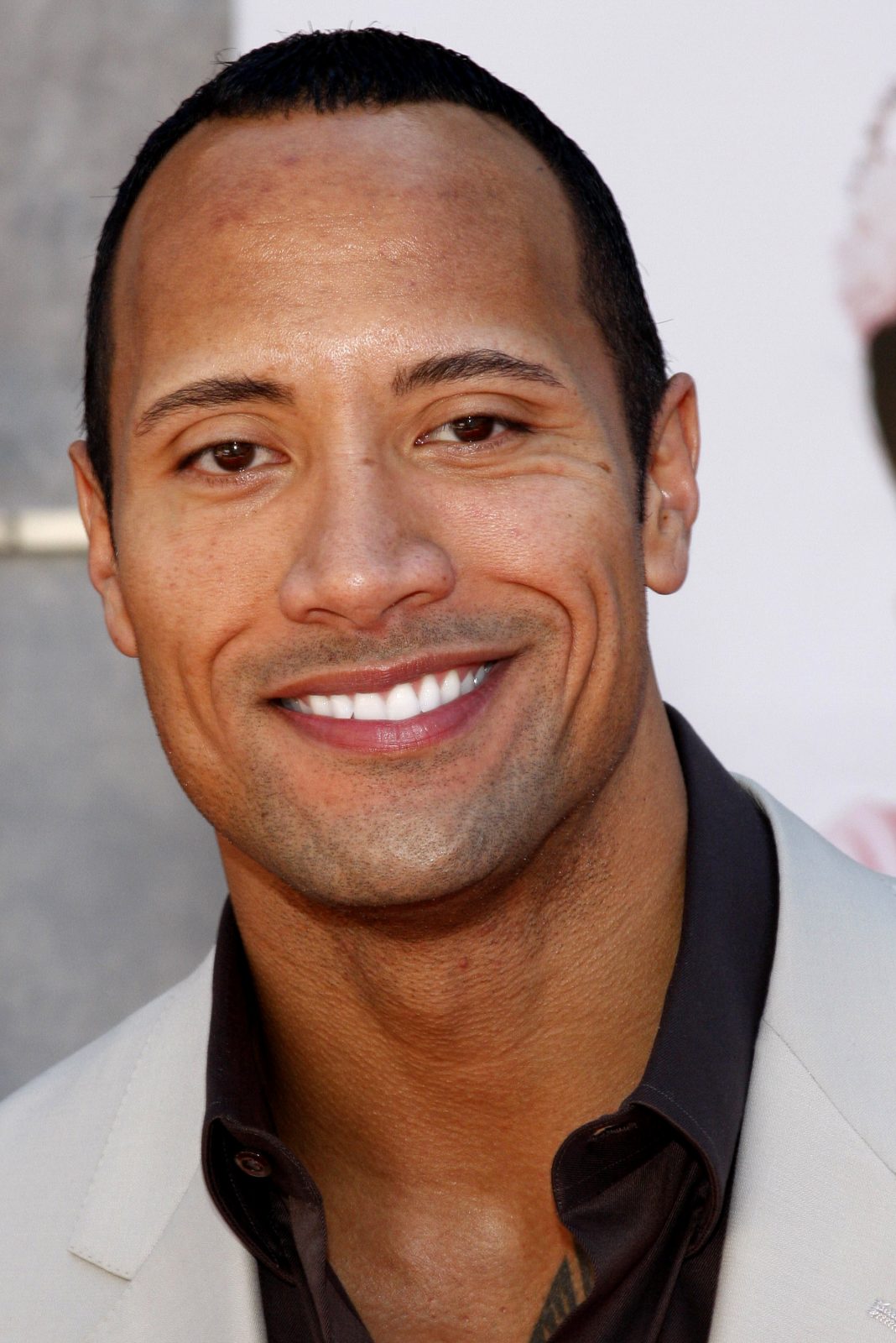 These celebrities rock out on the guitar or Ukulele in their spare time. Celebrities are in some ways, just like you. Well, apart from the invites to the Academy Awards, marrying Princes, and trying to smuggle monkeys into Germany; looking at you Mr. Bieber.

One thing they do have in common with regular folk, is spare time, especially during the last year. Once the pandemic arrived in 2020, millions of people were unable to work, including actors and filmmakers. For regular folk, this meant staying at home mostly, and trying to find some way to keep entertained and busy.

Many people went online to look for movies and TV shows to watch, some played more games, and others decided to learn how to cook. One other hobby that many people started was learning to play an instrument.

Ukulele and guitar sales surged during the pandemic as people went online to purchase a new instrument to learn at home. It wasn’t just regular people either, many actors and celebs have also found pleasure in playing these instruments. 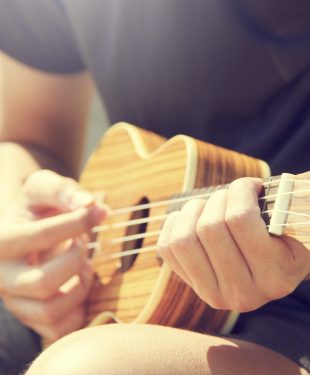 George Formby was one of the first people to bring the ukulele to worldwide attention. He did this through comedy, singing, and the cinema where he amassed a string of hits. He was at one point the highest-paid entertainer in the UK, and his movies were a hit throughout the world.

Since then, it could be said that ukuleles have not been seen as being quite as cool as guitars. However, many musicians understand the appeal of the ukulele, and musicians such as Johnny Marr and Billie Eilish are both notable players.

While it is perhaps more understandable that many people would gravitate towards buying a guitar, the ukulele has much appeal and is also easier to learn.

Musical apps such as Chordify allow anyone to pick up ukulele chords very easily and learn new songs. It is these types of internet resources, plus the low price of a ukulele, that are making learning music so popular now.

So who are these celebrities who like to chill out with their ukulele?

This Hollywood name has already shown he has a talent for music and dance after performing in La La Land, and Blue Valentine. The former movie won Mr. Gosling the 2017 Best Actor at the Oscars, but the latter movie revealed a secret talent.

In Blue Valentine, Ryan Gosling’s character, Dean, seeks to woo Cindy, played by Michelle Williams. In one scene, Dean plays Love at First Sight for Cindy on his ukulele while she dances in a shop doorway.

This might be just a scene in a movie, but when Gosling appeared on the Jimmy Kimmel show he took out his uke and played the song again for the audience. If you need any more proof of Gosling’s musical credentials you can check out his band, Dead Man’s Bones.

Yes, that’s right. Man mountain, Dwayne “The Rock” Johnson plays the ukulele. Picture a really big man, who is literally walking muscle, holding what looks like a tiny guitar, singing Somewhere Over the Rainbow. Wait, you don’t have to imagine it, because the power of the internet means you can watch it right here.

The former star of Who’s The Boss loves nothing more than whipping out what he refers to as his secret weapon. Tony Danza has been playing the ukulele for years, and has played multiple times on talk shows such as The Rosie Show, but also on tour.

Danza who has starred on Broadway as well as TV and cinema has a band that regularly tours the country impressing people with his ukulele skills.

Before her mysterious and untimely death, Marilyn Monroe enjoyed what might be for some, a surprising hobby. Although she practiced and posed for publicity shots with the ukulele, she wasn’t quite good enough for Hollywood, and her uke scene in Some Like it Hot was sadly faked.

Is the guitar cooler? 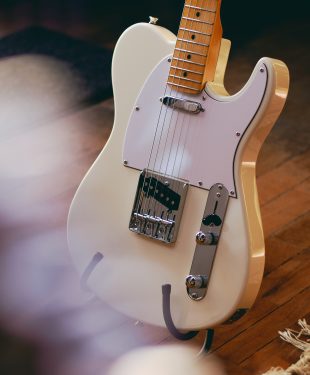 Photo by Gustavo Borges on Pexels

For many, the electric guitar is the epitome of cool when it comes to playing an instrument. Ear-splitting solos, rocking out on stage, and filling up stadiums, are all linked to ax playing.

However, many musicians have found time for both. Billie Eilish might be pioneering a new wave of pop music, but she also has her own ukulele for sale now from Fender. Eddie Vedder released a whole album with only a ukulele and no guitar.

So, is the guitar cooler than a ukulele? These celebrities might think so.

The legendary comedian is also an accomplished musician. As well as playing the guitar on stage in his comedy act and with the band, Steep Canyon Rangers, he can play a number of other instruments.

Martin is a highly skilled mandolin and upright bass player, as well as the banjo. It is the latter instrument that has won him many Grammys for his skills.

Another comedian who has used the guitar as part of his act, but also enjoys playing it for musical pleasure. Before finding fame with David Brent and the Office, Gervais tried his hand at music.

The short-lived Seona Dancing was a new-wave band in England that didn’t see much success, except in the Philippines where they became a huge hit. Later Gervais managed the UK band Suede, before taking his guitar and incorporating it into his comedy and acting.

Actors who have guitar bands

For some celebrities, it isn’t just enough to play the guitar for fun, they need to have their own band too.

Johnny Depp, Jared Leto, and Keannu Reeves have all at one time had their own bands and recorded music. They have played live, and enjoyed some…err…success.

Jack Black has long made guitar playing and singing part of his life and his act. Part tribute band, part comedy, part rock, Tenacious D have actually enjoyed some hits and even their own movie. Black is probably the most successful crossover from acting to music, or is it the other way around?

Kevin Bacon is also an accomplished musician who plays with his Emmy-winning brother, Michael, in the Bacon Brothers. They have a long history of performing and recording albums.

And some who went a different way

For some actors, the ukulele had no appeal, and even the guitar wasn’t cool enough. Perhaps these three actors decided they had enough of the limelight with filming, and they would prefer to be at the back of the stage where their music could speak for itself.

Frankie Muniz from Malcolm in the Middle, Christopher Mintz-Plasse from KickAss, and The Flash himself – Ezra Miller, all enjoy nothing more than getting behind a drum kit and belting out a solo.

If you see yourself as Adam Sandler wooing Drew Barrymore in 50 First Dates, then maybe try the ukulele. As a gateway instrument, it is hard to beat. Learning a chord ukulele these days is easy with online apps and resources, and the instruments themselves are affordable.

Alternatively, rock out like Russel Crowe on the guitar, and join the millions of other people who are taking up this instrument. Choosing either of these instruments doesn’t just mean you are joining an army of actors and musicians, you will be enjoying the sheer pleasure of making music.

By the way, Ryan Gosling also plays guitar, because of course, he does.

DJ Screw Biopic Is In The Works