Allow Diddy’s daughters to make the case for three-way matching outfits. The rapper and producer, real name Sean Combs, 51, and three of his daughters are in Italy for Dolce & Gabbana’s three-day fashion event. A fashion event calls for a good fashion moment, and Diddy’s daughters Chance, 15, Jessie James, 14, and D’Lila Star, 14, got the memo: the trio wore matching leopard dresses ahead of the festivities on Friday, Aug. 27. 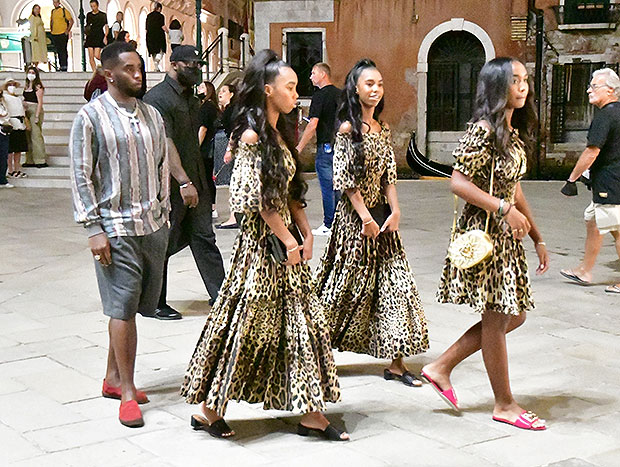 Twins Jessie James and D’Lila Star opted for the same billowing off-the-shoulder leopard dress and black clutch bags, while sister Chance wore a shorter version with a cream purse. Dad Diddy could be seen trailing close behind his stylish daughters, opting for casual gray shorts and a striped long sleeve. He finished the look with red slip-on shoes.

The producer shares his daughters with former partners: Chance with ex Sarah Chapman, and twins Jessie James and D’Lila Star with the late Kim Porter. Diddy also shares sons Christian, 23, and Quincy, 30, with Kim, and another son, Justin, 27, with ex Misa Hylton. He and his daughters are in Venice for the unveiling of Dolce & Gabbana’s new collections.

The three-day event begins on August 28 and will showcase new haute couture and jewelry pieces from the Italian luxury fashion house. The newest creations will pay homage to Venice’s “artistic legacy and manufacturing legacy” against the backdrop of renowned landmarks,

Aiela Introduces A New Pop Track “Dance With The Devil”

Adele And Her Rumored Boyfriend Rich Paul Have Dinner