LA-based singer, songwriter, and screenwriter Simona, has released her fierce music video for “Hot Fire.” With multi-platinum selling Producer Dakari on the track; “Hot Fire” is about female empowerment, feeling sexy in your own skin, but also about Simona’s struggles of leaving her life/family behind in Germany and pursuing her dreams in Los Angeles. Simona explains, “I tend to be a bubbly person for the most part but I do have a serious side, and I like to mix these emotions together while writing. The way I used to write was very dark and depressing; instead of being sad I realized I should be more positive about certain things, say what I’m really feeling, and turn it into a positive mood with a more serious message tied into it.”

Raised in Bulgaria and Germany, Simona has always lived her life with passion and perseverance. “It was interesting growing up between two cultures, my mother comes from a family of Doctors and my father grew up in a village, everyone always knew I was an immigrant. Once he moved into the city, my father ended up working at The Embassy but eventually fled communist Bulgaria to provide a better life for our family, and this pushed me to become the hard worker I am today. I’m so proud of my heritage, but still decided to leave the country, just like my parents, in pursuit of my dreams hoping to repay them for their sacrifices.” she states. Even through her father’s initial disappointment of leaving her valedictorian past and Law School studies behind, Simona packed up her bags, moved to Los Angeles, and started waiting tables to get by. She further explains, “I’m my own boss now, I started writing screenplays and going into productions, and would rather go through the struggles to do this than sit in an office working on something I hate.” 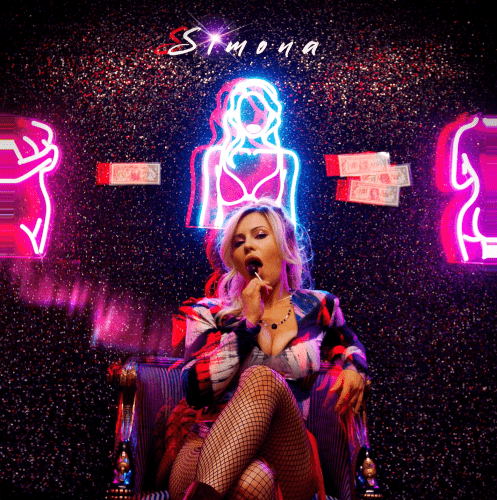 Simona, being fluent in four languages [English, German, Bulgarian, French] has excelled her writing skills; which is how she got the opportunity to co-write an independent feature film while also landing a starring role in the movie, opposite Ray J, Denny Trejo and several social media influencers. While promoting her film during a radio interview, Simona met DJ Nasty who introduced her to multi-platinum selling producer, Dakari. Dakari produced her latest EP Addictive, which dropped May of this year and contains four tracks all written by Simona. The duo got along so well in the studio that they’ve continued working together beyond this EP, and currently have more music in the works that’s expected to drop later this year. In addition to working with Dakari; Simona’s undeniable talent has also captured the attention of Austin Brown, Michael Jackson’s Nephew and producer for artists such as Pharrell and Macy Gray, and Brian London [ZAYNE, JoJo], who will both be part of another track dropping later this year.