For all our fellow Americans out there, and essentially to everyone worldwide, June 26, 2015 will forever mark a historical day in the name of not just gay, but human rights. June 26th was when the Supreme Court ruled that everyone, gay, straight, human, were allowed to marry in the United States of America. It truly was a remarkable day to be an Amercan, and on the heels of Pride Week as well. Impeccable timeing to say the least.
Another greatly timed release in IFC’s newest move Jenny’s Wedding, headlined by the great Katherine Hiegel and Gilmore Girl’s Alexis Bledel. 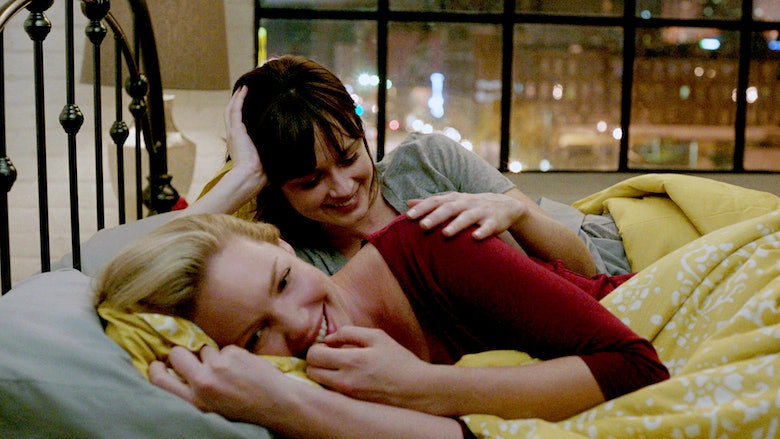 A trailer was recently released which shows Hiegel’s character Jenny, coming out to her parents and sharing the news about her upcoming wedding to her “roommate” Kitty. In shock, and still quite behind in their times, the parents are in disbelief. The trailer pans over several scenes that includes Hiegel in her wedding dress, stunning, glowing and filled with love.

This film is greatly timed in its release (July 31st) and looks to be a tearjerker, with greatly timed breaks. It seems that equality is on the rise for everyone across the board, including representation in media. It’s slowly and surely becoming more acceptable to be “out.” Youtube stars, athletes and overall star figures alike are speaking out and coming out with what seems little worry or ease at being conventionally accepted by their peers and those who enjoy their work. This film continues to prove that America is becoming more open minded and accepting, and times are surely changing. Check out the trailer below!

How to Spend Valentine’s Day at Home