Fresh off their unforgettable ‘SNL’ cameos, mother-daughter duo Kris Jenner and Khloe Kardashian were spotted leaving NYC on the morning of Oct. 10.

Kris Jenner, 65, looked fabulous in a bright red coat as she left her New York City hotel! The self-proclaimed momager hilariously held onto a mug of coffee as she stepped outside on the morning of Sunday, Oct. 10 alongside her daughter Khloe Kardashian, 37, and boyfriend  Corey Gamble, 40. The trio were all in town for Kim Kardashian‘s Saturday Night Live hosting debut, which Kris and Khloe also appeared on. 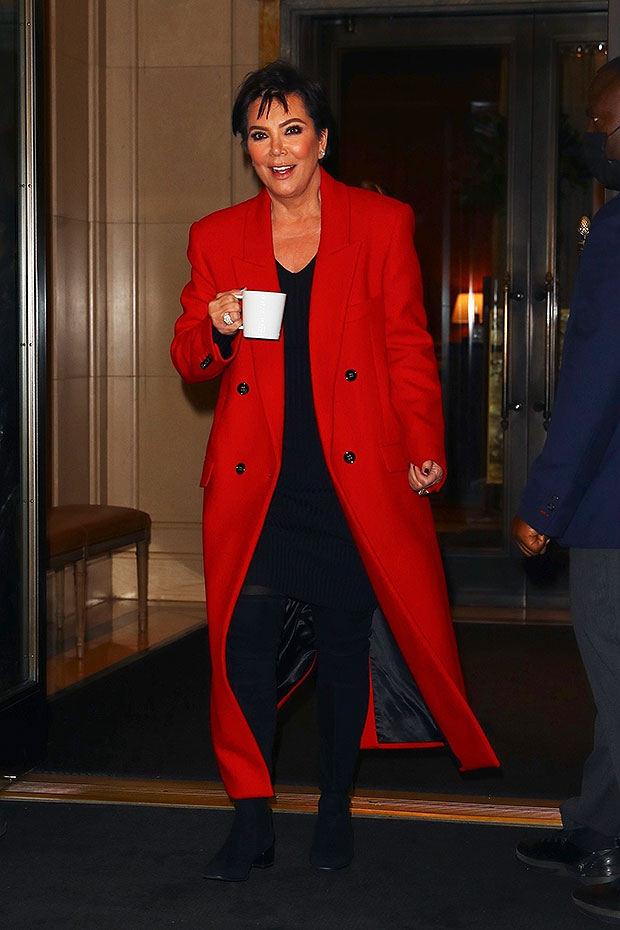 Kris Jenner holds onto her coffee mug as she leaves her NYC hotel. (BlayzenPhotos / BACKGRID)

Despite the early morning hour, Kris’ makeup was flawless as she glowed under the camera lights. The 65-year-old paired her cozy wool jacket over an all-black ensemble, including a black heeled boot. Khloe was decidedly more laid back with her early 2000’s inspired outfit, which had a military vibe. The Good American founder wore an olive green pair of wide legged pants, along with a camo printed puffer with neon orange accents. She kept her face hidden behind a face mask and wide black sunglasses, finishing the look with a pair of Travis Scott’s Nikes and a nude colored Hermès bag. 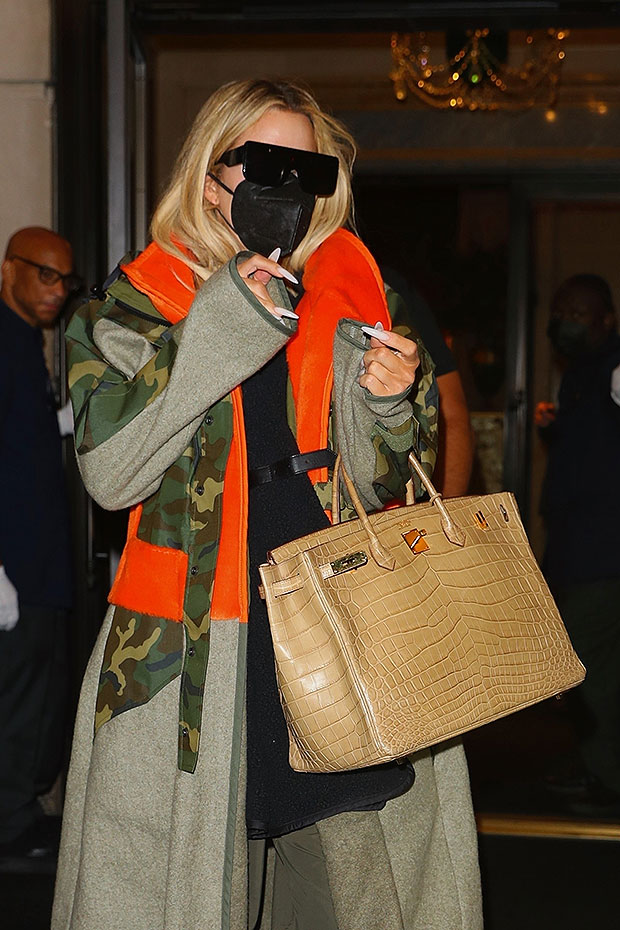 Kris and Khloe both brought the laughs during their unexpected cameos on SNL, including one that spoofed their entire family. Kim hilariously impersonated Kourtney Kardashian, 42, in a sketch dubbed “The People’s Kourt.” In the spoof of real-life court series The People’s Court,

Jada Pinkett Smith Passed Out On ‘The Nutty Professor’ Set