Truth be told, this is something most wouldn’t feel amped to write about. Or maybe just not today. The music world once again grew heavy with the unfortunate loss of another talented artist, living now in our memories. On July 20, 2017, singer Chester Bennington of Linkin Park was found dead in his home, due to suicide.

For long-time fans, and maybe the angst-ridden casual listeners, Bennington was the voice we found comfort in. He was part of a very influential group and extended his passion for music with other talented musicians with varying sounds. Not only was he talented in voice, but he had remarkable writing ability:

The band was on their North American leg of the One More Light tour, now canceled, for their recently released album. During a stop at his home in California, Bennington succumbed to his depression and was found by a housekeeper the next morning. Fellow band member, Mike Shinoda, confirmed the news on Twitter and in a matter of moments, it seemed as if everything stopped.

Shocked and heartbroken, but it's true. An official statement will come out as soon as we have one.

Bennington suffered from depression and the loss of close friend and musician Chris Cornell of Soundgarden and Audio Slave, who also committed suicide in early May. Bennington is survived by his six children and wife. Linkin Park, never shying away from the heavy topics, turned their website into a front page and open letter for Bennington and provided links and resources for those who suffer in silence.

Our hearts are broken. The shockwaves of grief and denial are still sweeping through our family as we come to grips with what has happened.

You touched so many lives, maybe even more than you realized. In the past few days, we’ve seen an outpouring of love and support, both public and private, from around the world. Talinda and the family appreciate it, and want the world to know that you were the best husband, son, and father; the family will never be whole without you.

Talking with you about the years ahead together, your excitement was infectious. Your absence leaves a void that can never be filled—a boisterous, funny, ambitious, creative, kind, generous voice in the room is missing. We’re trying to remind ourselves that the demons who took you away from us were always part of the deal. After all, it was the way you sang about those demons that made everyone fall in love with you in the first place. You fearlessly put them on display, and in doing so, brought us together and taught us to be more human. You had the biggest heart, and managed to wear it on your sleeve.

Our love for making and performing music is inextinguishable. While we don’t know what path our future may take, we know that each of our lives was made better by you. Thank you for that gift. We love you, and miss you so much.

Until we see you again,

This world is very vast but for many of us, famous or otherwise, there is someone who cares and believes your influence is significant…because, “If a moment is all we are, we’re quicker, quicker. Who cares if one more light goes out? Well, I do.“

Out of the Darkness.

If you or someone you know is suffering from depression and thoughts of suicide, please visit the National Suicide Prevention Lifeline website or call their hotline at 1-800-273-8255 It’s free, it’s private, and 24/7. It can make a difference. 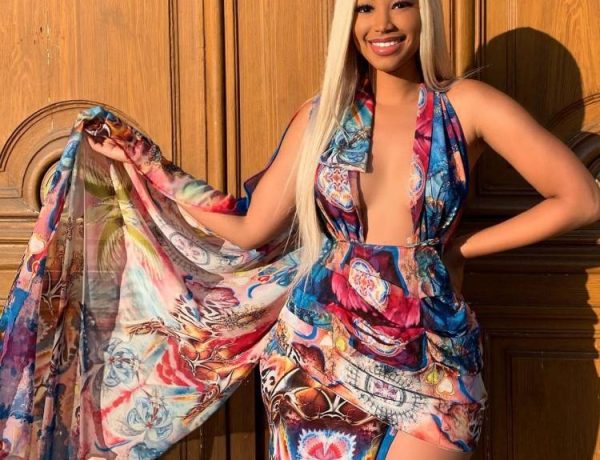 How to Score Danielle Fishel's New Summer Cut and Color

Brian Swindle of Have Mercy Makes The Best Of It