Scott Disick & Amelia Hamlin: The Truth About Their Relationship After They’re Spotted On Night Out

Scott Disick raised eyebrows by showing up at a Halloween party with 19-year-old Amelia Hamlin. We’ve got the truth on whether or not they’re a hot new couple.

Scott Disick has been seen with several beautiful women ever since his “for good” breakup with Sofia Richie, 22, in August 2020. But the 37-year-old turned heads when he arrived at a Halloween party on Oct. 31 in the same car as Amelia Hamlin. Lisa Rinna and Harry Hamlin‘s 19-year-old daughter seemed to be Scott’s type, as she’s young and from a famous family like Sofia. And she definitely came dressed to impress, as Amelia wore an edible candy bikini top and tiny purple lace shorts. But looks were deceiving as the two are NOT a couple.

“Scott is definitely not dating Amelia and he simply arrived to the party with a group of friends, both guys and girls, a source tells HollywoodLife.com EXCLUSIVELY. “Scott thinks she’s a sweet girl, but they’re not romantically involved whatsoever, and Amelia just happened to be one of the girls in the group and people speculated they were dating,” our insider continues. 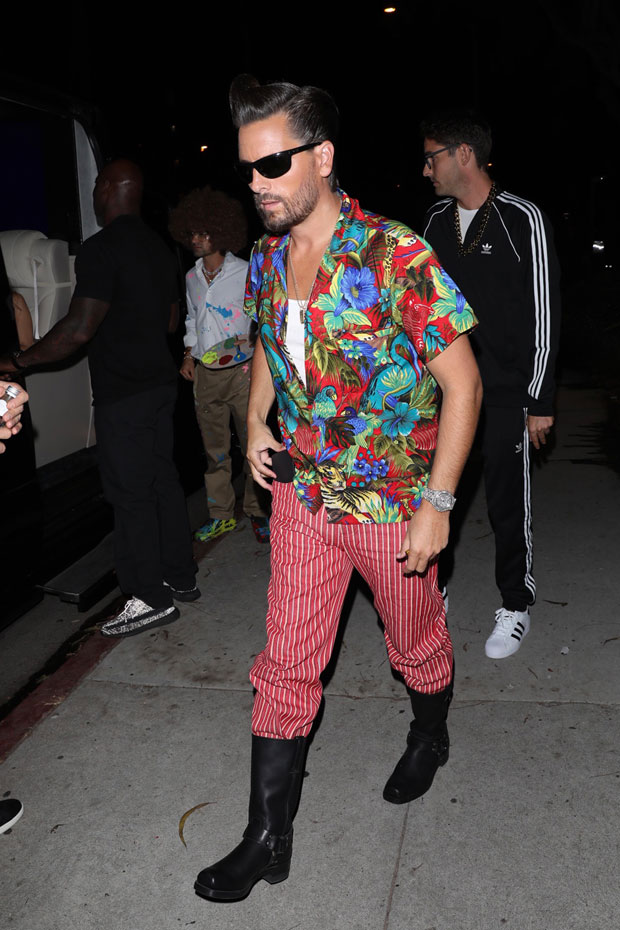 Scott Disick dressed as ‘Ace Ventura: Pet Detective’ for Halloween night, where he hit up several parties. He arrived in the same car as Amelia Hamlin to the first costume bash of the evening. Photo credit: MEGA.

The two didn’t even hit up the night’s highlight party together, as Scott flew solo to Kendall Jenner‘s star-studded Halloween pre-25th birthday bash. “They left in different cars and went their separate ways after that party. Scott headed to Kendall’s birthday party,