#FreedBritney was the theme of ‘SNL’s cold open, as Chloe Fineman reprised her rendition of the pop star while celebrating the end of her conservatorship.

Chloe Fineman revived her impression of Britney Spears, 39, on the heels of the news that the real-life Brit’s conservatorship finally ended. The appearance was a brief addition at the end of a cold open that featured Aidy Bryant‘s Ted Cruz interacting with Sesame Street characters about their experience taking the vaccine and COVID-19.

After Chris Redd‘s Oscar the Grouch explained how he was spending his COVID money, Chloe appeared. “And don’t forget about our word of the day…Freedom with Miss Britney Spears,” Aidy’s Ted motioned as Chloe’s Britney popped out in a pink bandage dress. “Oh my god you guys, we did it,” she excitedly said as she twirled around. 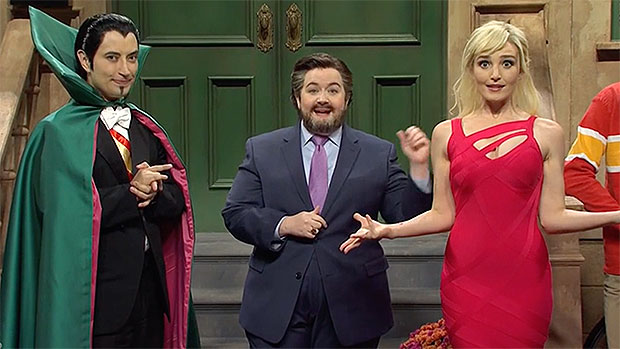 Chloe has played the pop star since 2020, debuting her take on Britney during a hilarious MasterClass inspired sketch where the Louisiana native cracked jokes about her garage burning down. She later appeared as Britney in April 2020 when she twerked with Chris Redd‘s Lil Nas X during a hysterical spoof talk show. One thing fans can agree one: she nails the essence of our Brit Brit, right down to the voice.

Britney has been making headlines all week in light of her 13 year long conservatorship finally coming to an end. The “Toxic” singer has been actively fighting against the legal arrangement, which was put in place after her 2007 breakdown by her father Jamie Spears,

Lizzo's Face When She Reads A Message From Bey Is Priceless

'Keeping Up with the Kardashians' Not Filming Kanye's Bipolar Episode