Just hours before she released the re-recorded version of her album, ‘Red,’ Taylor Swift taped a talk show appearance in a stunning black dress, which is very reminiscent of Princess Diana’s famous ‘revenge dress.’

Taylor Swift taped an appearance on Late Night With Seth Meyers on the afternoon of Nov. 11, just hours before dropping Red (Taylor’s Version). The singer looked absolutely stunning for the talk show appearance, wearing an off-the-shoulder black dress with low-cut neckline and black heels. Her look was complete with dangling earrings, and her hair styled straight and with bangs, just like the Red era. Of course, she had her pop of red lipstick, as well! 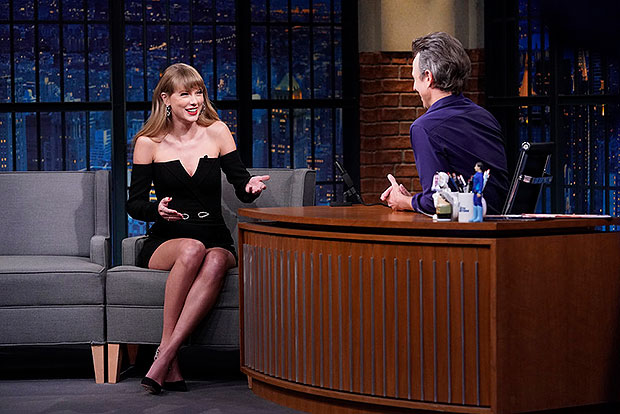 Fans went wild over the stunning photos of Taylor making a rare talk show appearance, and it didn’t take long for Swifties to figure out why Tay’s outfit looked kind of familiar. The look is quite similar to the famous Princess Diana “revenge dress,” which the late royal wore in 1994. Diana’s version had short sleeves, compared to the long ones on Taylor’s version, but overall, the looks were quite similar. 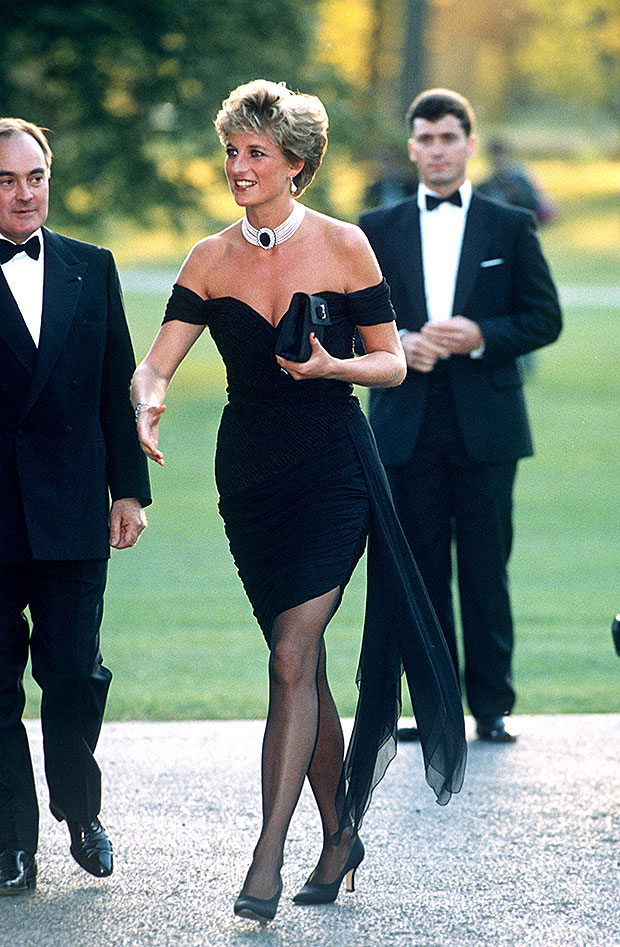 Diana wore the little black dress on the very same night that Prince Charles publicly confessed to cheating on her, which is how it got dubbed the “revenge dress.” Fans have pointed out that Taylor’s re-release of Red is her very own version of revenge against Scooter Braun, as well as her former record label, Big Machine Records. Taylor first recorded Red in 2012. It was one of six albums that she released under Big Machine before leaving the label in 2018.