Today, let’s talk about that specific talent, essential to all the greatest fashion designers : the technical designer. Tatiane Moribe is one of the busiest women in the field, so let’s discover her work and contribution to the creations of Adam Selman.

All the way from Brazil, Tatiane Moribe achieved international success in a few years. Now based in New York city, she is known in the business, as the key talent to giving birth to the most prestigious creative designs, up to the stores and red carpets.

You may recognize projects that she’s worked on, with the most famous stylists in the world, in publications such as Vogue or Vanity Fair and in stores like Urban Outfitter. After working with renowned brands and designers in Brazil, Tatiane was quickly noticed internationally and settled in New York City.

First recruited by Priscavera NY she was then hired by Adam Selman. She’s worked with him since the New York Fashion Week show in 2018. Meeting Adam Selman was life-changing in the career of Tatiane Moribe, especially since he hired her himself. He flew her all the way from Brazil and together, they collaborated closely on several collections.

“  We worked together on collections, he directed me on what he wanted or would show me an idea and I would be responsible for making that come to life, by making technical sketches of a few different ways of that idea and we would work on that until we got to the final product. After that I would do colorways, sometimes we would also work on some prints together.” — says Tatiane

At Adam Selman Tatiane Moribe saw the creations she had been the lead technical designer of, being worn by celebrities like Rihanna, Celine Dion, Katy Perry, Ariana Grande, and many more.

After years of collaborations, Tatiane Moribe learnt so much from Adam Selman. She has great memories of their work together, and gained an invaluable experience at the top of the chain.

“He is truly the sweetest man alive and super creative, which made work with him fun and easy.

And I learnt so much! First, I had the opportunity to see how the American fashion market works. And second, the way that he does his research and constantly finds new ideas is definitely inspiring to me. I love that he can turn garments that are somewhat boring, like workout clothes into fun and fashion statements pieces. I also became a crystal expert after working with him, the man loves crystals! “ — she says.

« I make technical sketches, and 3D sketches that contain all of the information you will need to produce a garment. On the 3D software specifically, you can test the fitting and fabrics too. Both sketches are used in the creative process, when a collection is being made, so we create boards and can see how the collection will look like, in a more realistic way, rather than fashion sketches, before making protos or samples. It is also used when the garment in being produced, to communicate with factories in higher details. »

Tatiane’s role is the bridge between the creative process and the production.

« I love that in my role I get to be very creative and also have to really think about how things are going to be produced, it’s like a fun puzzle. It’s harder than some people think, but it is also extremely rewarding to see people wearing your designs. Plus I obviously love clothes, fabrics, trims and everything about it. » 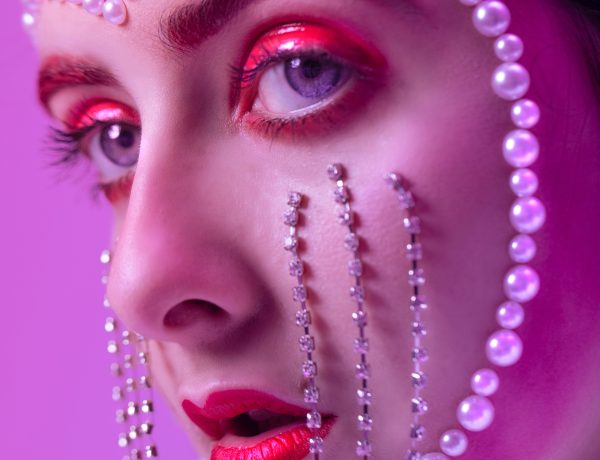