CAPPA Talks About Her New Music, Recent Move, and More

With her music featured in multiple television shows and advertisements, songwriter, CAPPA, has been making her mark in the music industry. Writing upbeat pop songs that you can dance to as well as appreciate the lyrics, her music brings something fresh to the pop scene. CAPPA answered some questions for Cliché about her recent move, her songwriting process, new music, and more. She also has her new single, “Sux,” debuting today.

Cliché: You had a relatively recent move from Nashville to Los Angeles. How has that been so far? Would you say the music scenes are similar or very different in the two cities?

It’s been amazing, actually! I’m really happy about the move. I was very skeptical moving because I had heard the music scene in LA was a lot more cut throat, but I love it. Everyone’s been awesome and I feel much more inspired here than I have in a while.

Nashville has a cool pop scene coming about. It’s just a totally different vibe all around. It’s much smaller than LA’s scene which is much more fast paced.

I’ve read that your song, “Waste My time,” released back in 2017, was the first single you had released after over a year of not feeling very musically inspired. Can you talk about how you came back from that? What was it that got you feeling inspired again and wanting to release new music?

I wasn’t sure what style I wanted to do for a little bit. I was uninspired by a lot of pop music at the time and tried some other styles but they felt contrived. “Waste My Time” was the first song that I did that I felt like was cool and different than a lot of what I was hearing. I always want to release new music, so sometimes there is just a lot of pressure to get a good song right away- sometimes it takes a little while to get the right song.

Can you describe your songwriting process? How does it all come together for you?

I typically either start a basic idea on piano or start with a producer in a room, just depending on the song and what I am going for. Every time is a little bit different but it typically always starts with melody because that is my favorite part. Once I have melodies I like, the rest comes pretty naturally.

What is your favorite song to perform live at the moment? Why?

I like performing my most recent single “Tension” just because it is so fun and people seem to really respond to it when I am playing it, so that always makes it 10x better.

I’ve come across a few of your covers, and they all have your distinct style on them. I think it’s great the way you make the songs your own while respecting the original. What’s your favorite cover that you’ve done so far? What is it about the songs that you’ve covered that made you want to record them?

Thank you! I really like the “No Scrubs” cover just because it was and is one of my all time favorite songs. It’s just a good jam; I grew up singing it. I was just really surprised people liked it at the time. I thought it was a little bit cheesy but was just doing it because I loved the song so much.

Your songs have been synched in ads for huge companies such as Victoria’s Secret, Bumble, and Under Armor, and films/television shows like Netflix’s, “Set it Up,” and Freeform’s, “The Bold Type”. How would you say that type of exposure has helped in growing your fan base?

It’s been so awesome. One of my dreams has always been to hear my songs on tv and be caught off guard that it was me. I was napping on a friends couch the other week and heard my song in a commercial and I woke up out of a dead sleep and was like “THAT’S MY SONG.” It’s a great feeling.

You’re new single, “Sux,” coming out November 30th, is such a fun and catchy song with lyrics about something not exactly fun. It’s such a great contrast! What was your inspiration behind it?

Yeah, it’s definitely not the happiest topic. The song was about a recent relationship of mine where I got broken up with my over the phone about a month or two into moving to LA. It was really nice to write honest lyrics about the situation and gave me an outlet to put some of it behind me. Even though it’s about a break up, I wanted it to feel more badass and not sound like it was coming from a weak place but more of an empowering stance.

What else can listeners expect from you in the near future?

There will be a remix of “Sux,” then a few more singles and an EP in the near future 🙂

Jack and Dean on Their New Series 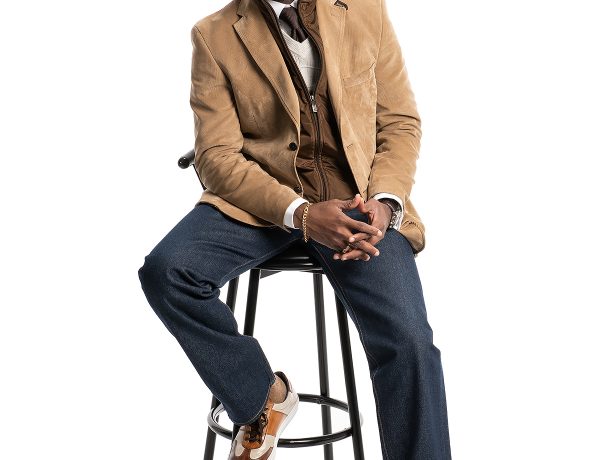 How Does Jeremy Scott’s Moschino Integrate Humor Into Fashion?