When we last spoke to Laura Vandervoort back in April of 2014, she had wrapped up the first season of Bitten, a Canadian sci-fi in which she plays a woman rediscovering life as a werewolf. Now, the show is coming to an end after three seasons, and Vandervoort is looking back on her experience and preparing for what’s next.

Cliché: You have been on Bitten since 2014. How is it approaching the end of this final season?
Laura Vandervoort: It has been a great journey. Some truly lifelong friendships have been made. This show and my character have definitely made me grow in many different ways. It has been both challenging and rewarding.

How has your character, Elena, changed over the seasons?
I think similar to myself, Elena has grown over the three years. In season one, she was uncomfortable with her new surroundings, as was I entering the first season of the show. Friendships were just starting to be made amongst the cast and crew, and we were all learning the ropes of the show. Elena was finding her way. I was discovering what it took to work the hours we were working and be in every scene, but at the same time keeping my sanity.

Within the third season, Elena begins to stand up against the pack leader, Jeremy, for many reasons. She has discovered within that she has biological parents and siblings from Russia. This revelation makes everything that she has worked for difficult.

What can fans expect from this final season?
Over the course of the first two seasons, the pack always sticks together fighting an outside war. What makes the season different is that the fight is within the family. Many pack members are butting heads for different reasons and relationships are being torn apart. With the addition of Elena’s biological family, there is a lot of tension between her pack leader and her father. We bring in international pack members, which causes more threat to the core family. You can expect blood, sweat, and tears throughout the season.

What are some of your favorite memories on set?
We would have great memories on set every day. This cast has been a pleasure to work with. There is always laughter and occasionally tears, but we’re always there for one another. It is hard to place a certain memory as my favorite, so I would say my favorite memory is just being there and having the opportunity to be a part of such a great show.

You also played Supergirl on Smallville, so what was it like watching this new iteration?
The version of Supergirl that I played was much different to the version currently on television. I think that is fantastic and I love what they have done with the character. Being a part of the new Supergirl series is an honor, and I think a great nod to the fans of the genre. The fact that I get to play an evil character and look nothing like myself is just the cherry on top! I have never had a character that transforms how I play her from the outside in. How she looks physically determined how I would play her, and let’s face it: playing evil is fun.

What do you think makes superhero shows so appealing to people?
I think people like an escape, and superhero shows allow for that. It is that good versus evil concept that we all love to watch.

Who’s your favorite superhero?
I would have to say the Joker, even though he is not a superhero. [Laughs]

What is next for you?
I am currently still shooting my recurring role on Supergirl as Indigo and auditioning for other projects. I am also executive producer and creator of a TV series for kids about a young girl that is a superhero. I wrote the concept for the show years ago and we have been in the process of getting it off the ground. That is a whole new experience for me. 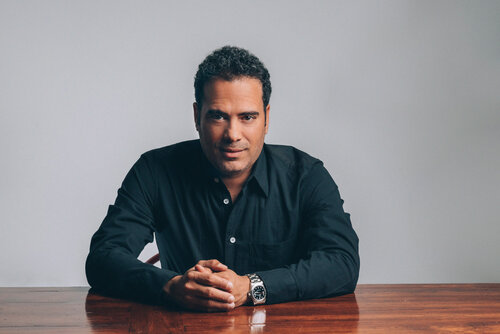 Producer Sevier Crespo on his Love of Sneakers

Why You Should Be Watching MTV's 'Suspect'

Brec Bassinger Proves She is One to Watch