Understanding the Science in Games of Chance

Today we want you to learn more about understanding the science in games of chance. Mathematicians have long looked at games of chance in order to study the science of probability. From simple dice games such as craps, to lotteries, card games and casino table games such as roulette and backgammon, what we think of as luck is actually probability. This can be mathematically calculated, giving players a better understanding of the game at hand.

Photo by Javon Swaby on Pexels

Probability is the likelihood that something will happen. Expressed as a percentage, probability can range from 0% (impossible) to 100% (inevitable). However, it’s important to remember that probability and its attendant laws are based on observation rather than prediction. Probability can tell us how likely something is to happen, but it cannot tell us when or how often that outcome will occur.

An understanding of probability as it applies to games of chance can help us decide whether a particular game is worth playing. We can use it to determine the conditions necessary for certain results, such as a winning number, to occur. We can also get an idea of our long-term financial prospects if we were to keep playing a particular game, perhaps to cope with quarantine boredom. Are we likely to make a profit or a loss, and just how often are we likely to lose?

This is worth bearing in mind if we visit a casino website or use the Resorts Casino app, where there are around 500 different games to choose from, all of which can be played for real money. How do we decide which ones offer the best chances of winning, when in theory they are all a matter of luck? As well as taking into account the generous welcome bonuses, promotions, progressive jackpots and other factors, a basic understanding of probability can help us to make an informed decision.

The basic idea of probability can be best understood by looking at dice. The chances of a particular number coming up when we roll a single dice are one in six (1/6). However, to get the chances of rolling the same number twice in a row, or of getting, say, two threes when we roll two dice together, we must multiply the original probability. 1×1=1, while 6×6=36, so our chances are now 1/36, significantly worse.

Figuring out the chances of getting three threes on three rolls of the dice requires us to multiply again, and while one will always be one no matter how many times we multiply it by itself, 36×6=216. The probability is now 1/216. Our chances get worse at an exponential rate.

Odds are a common way of expressing probability in casino games and sports betting, but the two should not be confused, especially as they are often expressed in similar ways. A probability of one in four (1/4) is actually odds of three to one (3/1), as you have one chance of winning and three chances of losing.

Additionally, the odds given are generally the payout odds rather than the true odds. They are subjective rather than mathematical, and include a house edge for the casino or bookie. In sports betting, other factors, such as the number of people wagering on a particular horse to win a race, may affect the odds given, which is why they change over time and vary from one bookmaker to another.

The law of independence

This principle also applies to purely random casino games such as roulette. Every number on the wheel always has an equal chance of being the one that the ball stops on. A number is never ‘due’ and the probability is always the same. Mathematically, this is known as the theory of independent events.

What people think of as luck, at least as far as casino games go, is the science of probability. Luck only seems to operate in the short term. You may have good days and bad days, a good run or a losing streak, though science would say that even this is an illusion. Over the long term, science is proved right.

Actor Ian Chen on Fresh Off the Boat, Asian Representation, and Flying 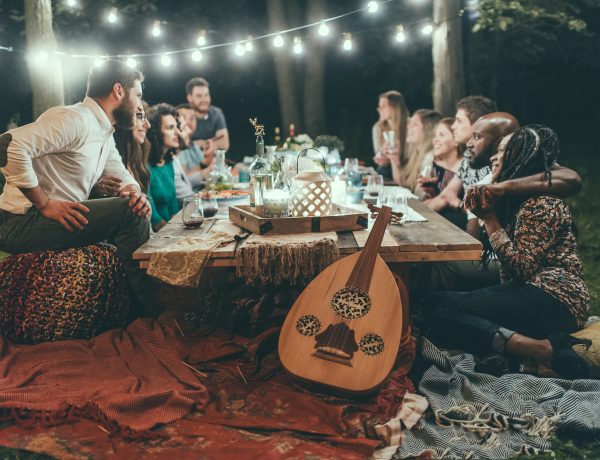 What are the Best Ways to Save Money as a Student?