Have Oversized Round Glasses Become a Fashion Trend Since Oprah Wore Them During the Harry-Meghan Interview?

Earlier in 2021, Meghan Markle and Prince Harry hit the headlines with their bombshell of an interview with Oprah Winfrey. The Duchess and Duke of Sussex captivated more than 50 million viewers across the globe with their plethora of revelations about the royal split and British monarchy.

From discussions about Prince Harry’s riff with his brother and father to how Kate Middleton made Markle – the interview gave us a full scoop of the royal family. While it caused the British media and monarchy to break a sweat, viewers were also smitten by the host’s large round glasses.

Even though large round glasses have been considered a style statement for decades, they seem to be making a comeback ever since the Harry-Meghan interview aired on CBS. Swiss eyewear manufacturer Gotti has already seen a surge in demand for big round glasses in 2021.

So, what’s so special about Oprah’s oversized round glasses, and how can you rock the look? Let’s find out.

Oprah’s Big Round Glasses: Everything You Need to Know 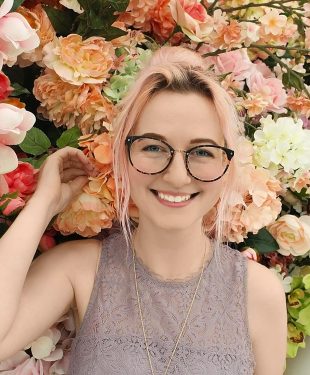 Photo by Sarah Doody on Unsplash

The trendsetting oversized round frame glasses rocked by Oprah on the television interview were designed and manufactured by Zurich-based high-end eyewear brand Gotti. Founded by Sven Gotti, the company roughly manufactures 10,000 eyeglasses per month for independent opticians throughout the world.

Codenamed “OR02”, Oprah’s oversized glasses, designed by Sven himself, give her a stoic and confident look. Featuring a mauve frame that matched the color of the talk show host’s sweater, these eyeglasses have set the internet ablaze. Oprah seems to like these large round glasses because of their “lightness.”

Ever since the interview was broadcasted, Gotti’s phone lines haven’t stopped ringing with requests for oversized round glasses from numerous opticians.

That’s hardly surprising considering Oprah has always been an eyewear trendsetter of sorts. From her black cat-eye frames at the 2018 Golden Globe Awards to the clear coral glasses she wore at the women’s E3 summit, Oprah is known for her stellar choice in eyeglasses.

Then there’s the pair of tortoiseshell round glasses that she wore for her interview with Michelle Obama. And who can forget her horn-rimmed teal tortoiseshell eyeglasses?

Considering the television host’s devoted community of followers, it comes as no surprise that when she rocks a pair of large round glasses, they become one of the hottest fashion trends of 2021.

Are Large Round Glasses Worth the Hype? 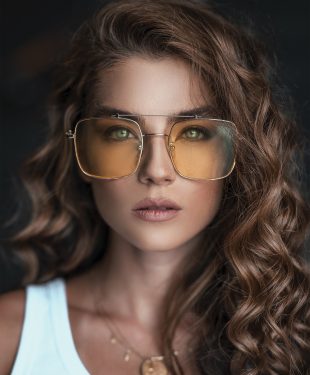 Photo by Ali Pazani on Pexels

While Oprah can be credited with the trend in 2021, oversized frames and round glasses aren’t a new phenomenon. Round eyeglasses have been around since the 13th century. And they’ve been sported by a cornucopia of famous personalities – from Mahatma Gandhi and Steve Jobs to John Lennon and Kurt Cobain.

And then there was Janis Joplin, the rockstar who is still remembered for her rimless large round glasses.

What makes round frame glasses great is that they can instantly uplift your glam quotient. Also, they’re truly versatile. Whether you’re trying to pull off a bohemian or sophisticated look, round glasses are a great choice. They’re associated with a touch of intellect, creativity, and a rebellious streak.

Also, nothing screams vintage louder than a pair of oversized round frame glasses. They immediately bring to mind the retro look of the 50s and 60s. The perfect pair of big round glasses even go a long way to make your eyes appear larger.

The best part is that large round glasses blend well with a wide array of frames, from metal and acetate to rimless. While metal-rimmed and rimless round glasses are ideal for a smart and intellectual look, chunky acetate frames exude bohemian vibes.

Whether you’re a corporate professional, an artist, or a business owner, there’s a pair of large round eyeglasses that’ll suit your personality.

How to Rock the Oversized Round Glasses Look

While large round glasses are extremely versatile, they tend to suit certain face shapes better. People with square, rectangular, diamond or heart-shaped faces can accentuate their features with round frame glasses.

Apart from your face shape, it’s also important to consider your lifestyle and profession while selecting a pair of large round glasses. If you want your eyewear to grab the limelight, a pair of thick-rimmed tortoiseshell round glasses would be a great choice. But if you’re looking for a more sophisticated look, pick a pair of rimless round glasses.

While fashion trends continue to come back in cycles, large round glasses are the epitome of eternal elegance. They’re versatile, stylish, and ideal for a quick makeover. With Oprah flaunting her pair of oversized round glasses at the Harry-Meghan interview, the trend is here to stay.

Kim Kardashian & Pete Davidson ‘Text All Day’: She Has ‘Not Stopped’ Telling Her Sisters About Him

Your Ultimate Guide to the Septum Piercing

A Gentleman’s Guide: How to Stay Stylish While Traveling