Renee Kay
Renee Kay plays Karen in It’s You, Not Me

Cliché: Tell us about your character in a couple sentences.
Renee Kay: Karen is a hopeless romantic, always falling for musicians, or getting herself into jams. But at the same time, she’s very driven, and is not willing to settle for something that doesn’t feel right.
Have you ever played this role in your own personal dating life?
Haha–yes! Been there, and bought the T-shirt.
What do you like/dislike about your character?
I like that Karen doesn’t give up, and that she remains open to meeting “the one” even though the people she meets are horrible. Somehow, she doesn’t allow herself to be jaded.  At the same time, I would love to see her open herself up a little more and let go.  She’s often guarded which I think ultimately closes her off from the people around her.
Tell us your most memorable experience while shooting this series.
There were so many fun moments, but the most memorable experience was working with Rick Shapiro.  All night long he kept me, and everyone, on their toes, which gave the scenes more energy and more real-life moments.  Life, after all (and Rick it turns out), is full of surprises, and that’s part of what makes acting, and doing this kind of project, so much fun.
What was is like working with your long time teacher wearing the director hat?
I took classes from Lauren Patrice Nadler for a long time, and when I started working on the concept for the series, I knew she would be perfect to direct. On set I didn’t have to worry what was going to happen, or what kind of feedback I was going to get, and that helped remove a lot of stress.  I knew I could be confident that I was going to be directed, and that she was going to breathe life to my vision. Lauren is very supportive and dedicated to her actors, and you feel that in almost everything she does as a director and as an acting coach.
How did you come to be a part of this project?
I’m the creator.
How collaborative or how much freedom did you have to “play” or improvise on set?
The great part about being one of the writers, and having an improv background, is that I was able to leave room in the script for just that kind of thing.  I really wanted the cast to have a chance to show what they can do, and create spontaneous moments.  That’s what life is, and when you’re talking about something like dating, where there are so many emotions and questions and insecurities and excitement and nerves going on all at the same time, there needs to be a way to show that on film. Improve helps this come out, and I hope it translates in the series for the audience. I think it does!
What was the funnest part of shooting this episode?
The scene that was most fun to shoot was the bridezilla scene, although I hope I never experience that in real life.
Personal notes or comments about this episode:
As you may or may not be aware, it is typical for juice to be substituted for alcohol on set.  It looks like alcohol on screen, but this way the actors can still, you know, function.  We had a brand new PA working with us on set, and she wasn’t aware of this, so when Lauren Patrice Nadler, our director, called to have the champagne poured, she gave us actual champagne instead of sparkling cider.  Once Lauren found out, of course, we had to trade out the bubbly, but, if I remember correctly, it’s possible one of the girls may have downed it before it could be poured out. Waste not, after all. 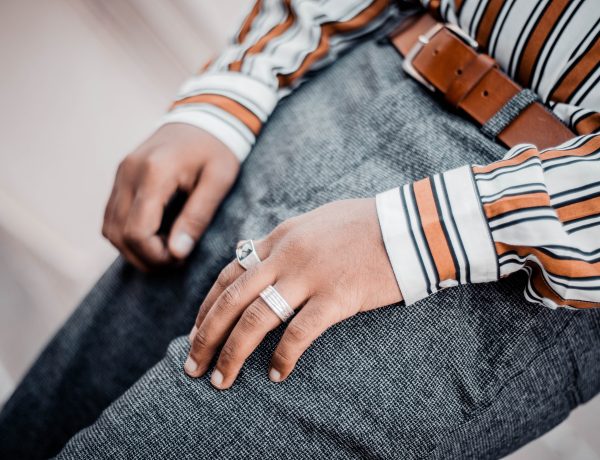 Online Fashion Shopping In The UK