Worcester’s Lielack is simply put: a band to watch. With a soft blend of pop, emo and punk in their latest release, “Walls” defines Lielack’s Nu-Punk sound. The single features singer-songwriter Kelaska and highlights the uncertainty of letting your guard down as you fall in love. In their latest music video, lead singer of Lielack, Jason Pascucci and Kelaska evoke these “walls” of separation and the frustration of trying to move through the obstacles of your significant other.

I had the opportunity to catch up with Jason Pascucci about the new single below!

How did Lielack come together?

We started as a completely different sounding band with a different singer and we played mad/sad music. We decided to part ways and as a result, now we’re making happy music.

It’s always been more hardcore/metal based…there actually isn’t much of a scene for our genre in Worcester yet…we’re hoping to change that.

Could you explain more about your “nu-punk” sound?

I’d call it a punk-kissed pop. I wouldn’t call myself a great singer at all…but punk has always been more about the attitude anyway…

How did you and Kelaska meet?

Mackenzie Christensen (Black Door Sound) is a producer we’ve worked with a lot in the past, and have been working with him for vocal production for Lielack…I love his work and always ask him to give me a sneak peek on what else he’s currently working on, and he showed me a song he was working on with Kelly (Kelaska) and I was immediately blown away…even more so when she said yes to working with us. 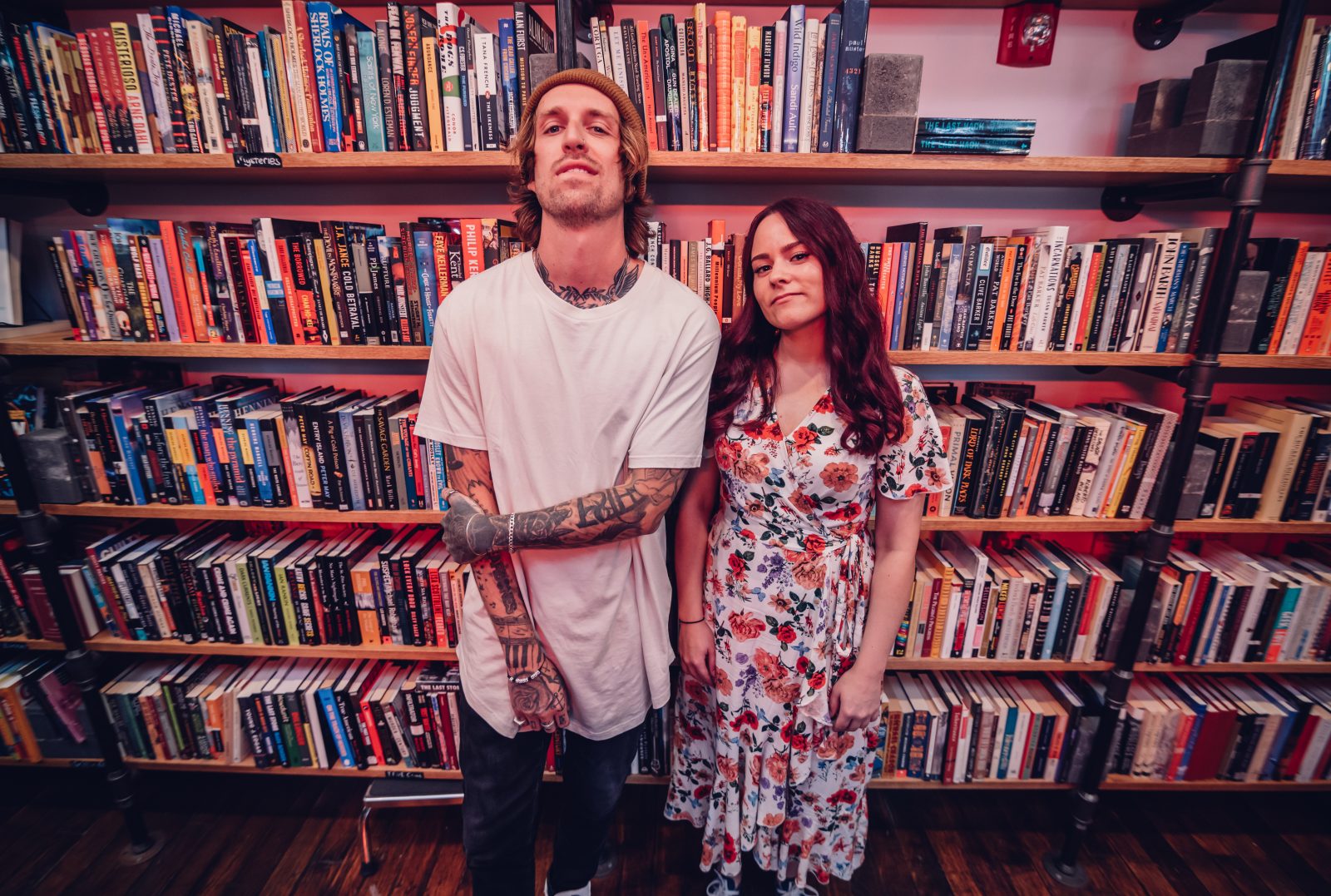 How was it like to collab with a pop artist for a more punk-influenced track? Have you ever done collaborations before in your previous bands?

Collabs are something we’ve never done before but always wanted to do. Guess we had to wait until Lielack really got started…but I think we made something unique here blending the two genres/voices together. It honestly was just so exciting to work on this with her…

How long did it take to film the music video, and do you have a favorite memory from the shoot?

It only took a couple hours…but that is because Ian Urqhart is so damn professional… when we first walked into Seed to Stem I saw this ceramic snake and I said out loud..”man I love this snake..i would buy this if they were open”…a couple hours later there was an accident..we saw one of the lights fall near a table and heard a loud SMASH! We thought for sure the whole table of expensive cool glass stuff had broken but all that broke was that SNAKE! The owners were so cool that not only did they brush it off…they gave me a replacement snake! (we forcefully paid them for the broken one) but now I have like 1 and a half cool ceramic snakes!

What are some bands/artists you’ve been listening to lately that you think the world should know about?

Is there more to expect from Lielack soon?

We are just getting started and we have no plans on stopping…but as far as near term…I think people can expect something to knock them outta their Thanksgiving coma.

Stream the new single “Walls” on Spotify and more!

CimplyDan Unleashes His "Wild Side"