Written by Erin Tatum
0
Growing up Greek Orthodox, Vasiliki Halastaras (aka Vas) didn’t begin to think about the concept of identifying as something other than straight until well into her teens. Her revelation that she was gay shook the foundation of her entire worldview, and she continues to move through life with the knowledge that those she loves the most may not accept her. An aspiring filmmaker, Vas hopes to explore coming of age as a lesbian through the lens of Greek Orthodox religiosity in her film, Kyrie Eleison, heavily based on her own experiences throughout adolescence. She’s also amassed over 250,000 Instagram followers, many of whom are young LGBTQIA folks looking to her for guidance. Her advice is simple: do what makes you happy. You can watch the trailer for Kyrie Eleison below.

Cliché: When did you first discover your interest in filmmaking? Do you remember the first film that you made?

Vas Halastaras: When I was 8 years old I gathered all of my families photos and videos for that year and edited them together as my parents Christmas present. They praised every tacky transition and misspelled word. Their support inspired me to film and edit little skits with my cousins. I loved the power of storytelling through videography. By high school I had become president of film club and was regularly experimenting with music videos, commercials, and short films. I decided to attend SCAD and major in Filmmaking.

You identify as gender fluid and gay. What was that journey of self discovery like for you? How did it influence the way that you approach your craft and your perspective as an artist?

Being raised Greek Orthodox, I wasn’t exposed to the idea of fluid sexuality/identity until I was 16. I grew up in a self sufficient Greek Orthodox Monestary in Koringthos Greece until I was 11. There, I truly became in tune with self love, community, and environmental friendliness. My experience there was incredible, but I was sheltered from modern society. I didn’t know lesbians EXISTED until I was exposed to the concept in american high school. I instantly knew I was gay and it was a serious struggle for me at first. My concerns were with my parents and the nuns at the monestary (who I considered family). Eventually I returned to Greece and came out to the nuns. I was greeted with undeniable love. One of my greatest fears has been coming out to my conservative parents. If i’m being honest, it still hasn’t happened. They once told me they would rather me be a murderer than be gay – and to this day my love for the relationship I have with them has prevented me from coming out.

This conflict in my life is the plot to my film Kyrie Eleison. It is the summarized story of my experiences with the greek monestary, american school, and my parents.

My goal in filmmaking is to make films that people don’t forget. To tell stories that resonate with people I’m not much for writing comedies, I really like to write stories that pull on your heart strings and make you feel spacey by the time the credits roll.

Talk about your latest project, Kyrie Eleison. Why is it so important to you to depict the gay coming of age experience through the lens of your Greek Orthodox culture?

The religious LGBTQIA community is heavily under represented. I think it’s so important to share my personal story as a religious LGBTQIA member so that others who have found themselves torn between their religion and self love know they aren’t alone. I know if I had seen a film like “Kyrie Eleison” 8 years ago, I would have felt comfortable in my skin so much sooner in my life. I want to tell my story to increase awareness on the subject and hopefully instate comfort and hope in those who are currently struggling.

You’ve said that Kyrie Eleison is partially autobiographical. What was it like merging your own personal story with your work? Did that change your creative process at all?

The most difficult part of writing an autobiographical story is developing an ending when your story has yet to conclude. It was effortless to write the beginning and middle of my story, but it took me months to fashion an ending for (theoretically speaking) my own life. Do I write about what I think is going to happen, what I want to happen, or the worst case scenario? It was scary, honestly. I was forced to consider what paths I could take in life as a primary character. It’s so much easier to write a dramatic ended for a story that’s completely fiction. It’s a whole other story when it’s your reality.

Did you ever feel you faced a special set of challenges trying to navigate your sexuality within your culture? How did you face them?

After developing a large following on Instagram, I was frequently being asked what I identified as. Since I am a masculine biological woman people constantly asked me if I was trans, genderfluid, lesbian, asexual etc. I didn’t know what half of these terms meant, I just knew I was me and I loved myself. I didn’t give myself a gender or identity, I never felt the need to. Eventually I realized I needed to specify my identity so others could better understand me. when I was 18 I decided to officially identify as a gender-fluid biological female, but to this day when someone asks me for my pronouns I can’t help but laugh. I just really don’t think it matters, we are all ultimately human.

What advice would you have for someone who is currently struggling with their gender or sexual identity or worried about coming out to their family?

My DMs are FILLED with young gays asking for advice about their identity. My answer is always this: “Do what makes you happy, no matter what. Don’t worry too much about labels or gender role fulfillment; just do what makes you smile. If the people in your life don’t prioritize your happiness, they don’t deserve you. Better people will want to be a part of what you have to offer. They will make you stronger. Love yourself unconditionally and everything will fall together.”

How are you managing to stay creative during quarantine?

I have been playing with short content creation, making short, stimulating videos for TikTok and Instagram. I’ve also been editing a few forgotten projects, and my thrifting has yet to cease! Just working on keeping my brain and body moving in safe ways.

You’re very into thrifting! Why do you think it’s so vital to incorporate environmental consciousness with fashion?

Fast Fashion is destroying our environment. Excessive textile production emits excessive amounts of CO2 and greenhouse gasses. It’s polluting our waters, overflowing our landfills and promoting unfair work conditions for factory employees. Thrifting not only saves me money; it significantly reduces my carbon footprint. I also know when I shop second hand I’m buying higher quality, one of a kind products. Buying second hand is the first step to destroying corporate capitalism, and certainly ups my closet game. 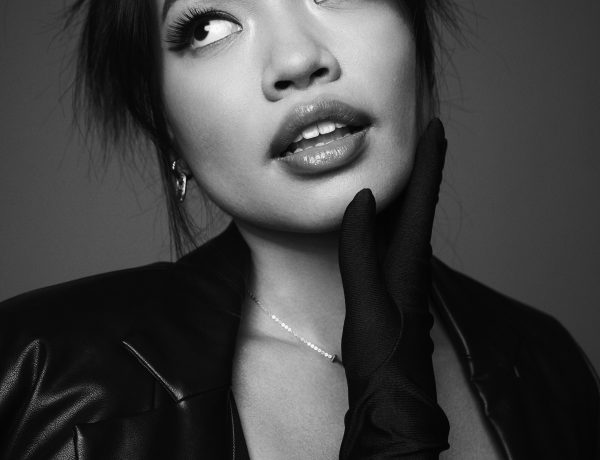 TikTok Icon Vi Luong on the Importance of Unplugging

Jack and Dean on Their New Series

5 Luxury Watches Every Collector Should Own