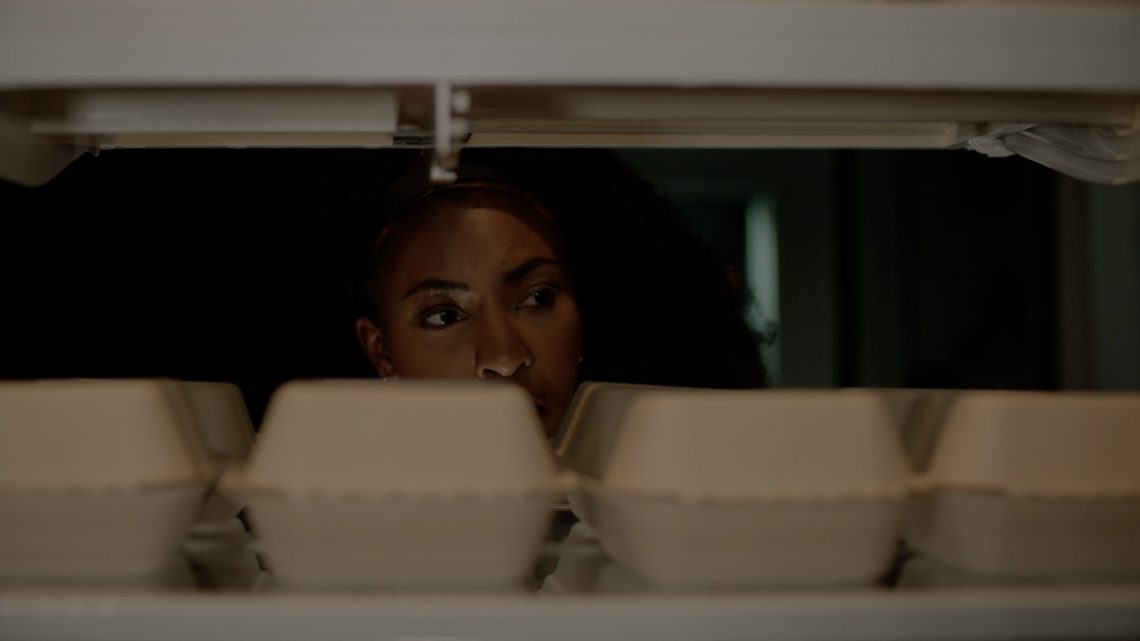 Horror is the ideal lens through which to observe the frequent and perpetual unease of existing as a multiply marginalized person, says director Lu Asfaha. “Internal conflict is incredibly hard to show on screen without externalizing it in some way and genre film, in general, is a great way to do that. I think for a lot of people, especially those that live at the intersections of many marginalized identities like myself, the concept of identity and belonging conjures quite a lot of fear and anxiety, particularly in how you exist and move through the world. And in the ways you are perceived by other people. Horror is a great vehicle for exploring that anxiety.” This holds especially true for the Black queer existence, especially when it comes to being perceived in professional settings. “So much of identity, how you experience it and how others perceive it, is internal and horror gives us the option to externalize it, to represent it in a ghost, or a killer, or a slab of meat. A film like Fresh Meat for example explores the anxiety that Black people in general, and a Black queer person in particular, may feel while navigating the workplace. How do you show up in this space, and in what ways have you had to alter your existence to be accepted in this space? If you were to show up as your authentic self, how would that affect your life and your livelihood? How would you be perceived? Horror gives us the opportunity to name that fear, which I believe can take away its power.” Lu’s new film, Fresh Meat, ratchets up this discomfort to an intensely visceral level. “Fresh Meat is a satirical horror film that follows a young writer as she starts her first day at a successful media company, Drop Media. Nia quickly bonds with her new co-worker Jamal, who is clearly struggling under the weight of working there. Soon Jamal goes missing, triggering Nia’s suspicion and an investigation into what is really going on at Drop. This film explores how anti-Blackness and capitalism co-mingle in the workplace, through the metaphor of cannibalism.” 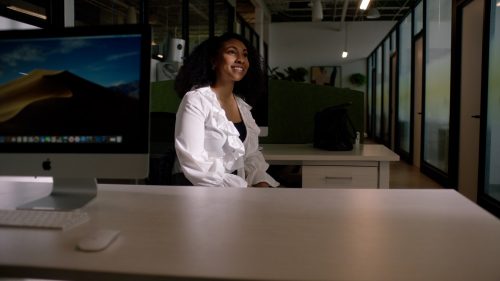 The root of devastation in Fresh Meat is the ruthlessness and apathy of a society complicit in ceaseless anti-Blackness. “At the core of Fresh Meat is the feeling of being marginalized. To have your ideas, creativity, and labour be diminished, not compensated, co-opted and even filtered through respectability is very heavy on the spirit and on your sense of self. That’s how Jamal has been feeling and you can see that on his face because that kind of stress does show up physically in the body. But it also shows up in the story itself, this idea that being devalued is damaging to your wellbeing.” Jamal’s physical deterioration and disappearance is a metaphor for the economic and spiritual devastation wrought by Black queer cultural appropriation. ”In the film the consumption of Jamal results in the co-opting of his ideas, which are rooted in Black queer culture, by co-workers that don’t share those identities. I sometimes think of it as a much more visceral version of those media companies that just pay someone to embed a bunch of Black queer people’s tweets into a web page and call it an article.” Oftentimes the cumulative impact of this appropriation is the exsanguination of precious artistic talent simply because creators are forced to choose between their passions and their financial reality. “Because of anti-Blackness and capitalism, Black people are rarely adequately credited, valued and compensated for their own contributions to culture. I think when those creators are not able to benefit from their own cultural output, the world literally loses out on art. People need to eat. If my creativity isn’t putting food on the table I have to put my creativity down and pick up something that will. I often think about how many stories we may never get to experience because someone just needed to pay their rent.” 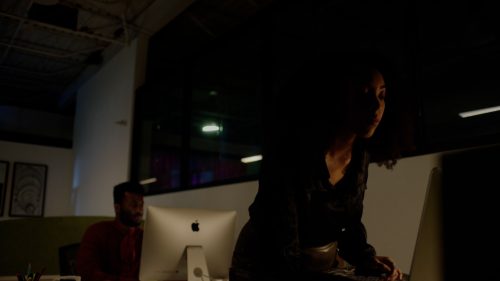 The whitewashing of Black culture and Black queer art persists because it remains perniciously effective at ironically elevating the supposed innovations of whiteness. “There are still white artists putting on their perception of Blackness like a costume to distinguish themselves from their peers, or co-opting Black queer stories to seem edgy or groundbreaking, and they’re still being rewarded for it. No one has any motivation to stop because it continues to work, and they continue to reap the benefits.” We need to start making basic quality of life accessible so that Black queer artists can begin to reclaim their autonomy. “People’s basic needs have to be met before you can even begin to think about self-actualization. You have to know where you’re sleeping at night, to be able to focus on thriving and growing as a person during the day. So let’s start there. Make sure people have what they need to survive and they can focus on thriving for themselves.” It’s imperative that we start questioning the lack of diversity on screen, in casting and in narratives as well.”I think of a film like Rafiki which told a beautifully nuanced African queer love story and I wonder not only why we haven’t seen anything from director Wanuri Kahiu since, but why we haven’t seen another comparable film. I want to see a world where we not only see diverse faces on screen, but also see a diversity of stories.” Black queerness deserves to be celebrated in all of its complex nuance, and perhaps together, we can move towards a world that recognizes that. 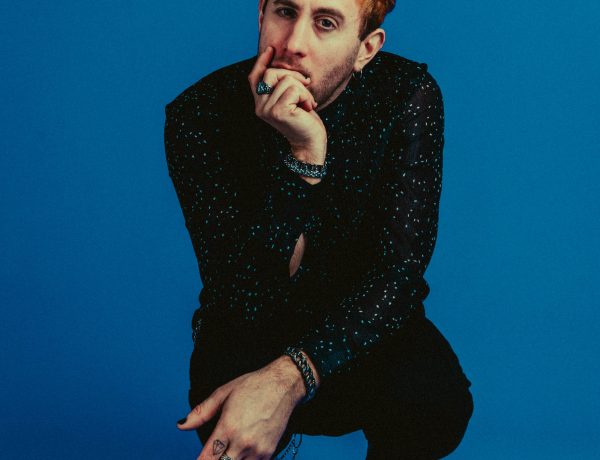 Nicole Rémy Seeks the Duke of her Dreams in “The Courtship”