Do you believe in the nebulous idea of luck? Would you go as far as to say that a seemingly meaningless object is your “good luck charm”? Well, neither would Samuel Dashiel Hammett—that is, until his apparent good fortune runs out. Once a critically-acclaimed writer, Hammett now suffers from writer’s block—thirty years of it to be exact—after giving away his Maltese Falcon. Is it possible that a wildly successful author simply lost his touch? Or did the loss of the unassuming, albeit mysterious, falcon statuette have something to do with his unfortunate turn of events?

Hammett Unwritten is a mystery, although not your typical one. There’s not so much a “whodunit” element as there is a mind game. We are constantly inside Hammett’s head, constantly questioning the possibility of truth within the supernatural. As someone who, at first, was not familiar with the original story of The Maltese Falcon, I still found myself captivated by the already distinctly fleshed-out characters.  More importantly, I was absorbed into the complicated, never-a-dull-moment life of Dashiel Hammett. Furthermore, while Hammett questioned his beliefs, I thought about my own. I love to be challenged as a reader; and in this novel, I was asked to consider the impossible possibilities—specifically if I were in Hammett’s shoes. Either way, as confirmed by the author himself, Hammett’s life has never been the same since the day the flightless bird was no longer in his possession. Whether by an unexplainable force of the unknown or by pure coincidence, the arrogant but fascinating Hammett struggles to find purpose in a life where there once was plenty.

Cliche: What kinds of literary works do you enjoy as a reader?

Gordon McAlpine: In elementary school, I was first drawn by mysteries into the world of reading, beginning with a series for kids called “Alfred Hitchcock Presents: The Three Investigators”, written by a Golden Age of radio veteran named Robert A. Arthur.  In the decades that followed, I came to more literary tastes, eventually arriving at Garcia Marquez and the exuberant freedoms of Magical Realism (instrumental in my first two novels, Joy in Mudville and The Persistence of Memory).  The novels of Milan Kundera captivated me next, with their wickedly intelligent voice.  In time, I came around to Graham Green; his seemingly conventional narratives had not interested me much in my grad school days, but as I re-read his work as an adult I found his characters to be resonant and deep.  And it was via Greene’s “entertainments” that I made my way full circle back to mysteries and thrillers.  Now, I enjoy the classic hard-boiled work of Hammett, the streetwise but humane detective Maigret in the Simenon novels, the broken down Galway P.I. in Ken Bruen’s work, and many others. And I’ve come to accept that there are more great books out there than I’ll have lifetime enough to read.  But what a fine race to run, regardless.

What is the writing pro

cess like for you? Does it start with a small idea that you build upon as you go along, or do you map out the story from start to finish before you put pen to paper?

My process usually begins with a captivating question that I pursue until I feel I’ve found an adequate answer.  In the case of Hammett Unwritten, I first wondered (doubtless, like many other readers of The Maltese Falcon), where, at the end of the book, is the “authentic” Falcon—the priceless artifact left unaccounted for.  Next, as I researched Hammett himself, I was struck by the question of why he suffered the debilitating writers block that characterized most of the final three decades of his life.  When these two questions crossed paths, I concluded that any answer that could encompass both questions would prove fascinating indeed.  At that stage, the process became almost like the work of a detective, exploring possibilities, most of which led to dead ends, draft after draft, until I arrived at what seemed the “true” answer to both of those questions.  In the process, I’d redefined the nature of “the black bird” from The Maltese Falcon (no mere jewel encrusted bauble) and added a dramatic biographical note to the life and death of Dashiell Hammett that plays more true than the facts themselves.  But all this was impossible to lay out before beginning at the keyboard; the trials and miscues were an integral part of discovering my truth.

Do you find that Hammett Unwritten works as a stand-alone novel, or should readers pick up The Maltese Falcon first?

It was my intention from the start that Hammett Unwritten work as a stand-alone novel and, judging from readers’ responses, it seems to succeed in that regard, sending many readers to The Maltese Falcon rather than the other way around.

Hammett is not the most stand-up character we’ve come across in literature—in fact, he often comes across as a bit self-centered and crass. So how is it that the reader is still able to sympathize with his misfortune? Was that the intention?

Yes.  Hammett is a deeply flawed man, struggling with alcoholism, womanizing, and the disheartening sense that his productive years are behind him.  In this light, the weight of being Dashiell Hammett sometimes seems almost too much for him to bear.  Nonetheless, he carries that weight without complaint, attempting to find in the middle and waning years of his life the purpose he seems to have lost.  I think we can identify with him because we are all flawed, just as we are all called toward purpose of one sort or another.  For the Hammett character, writing was his perceived purpose.  And so, despite his flaws, we can admire the fortitude he demonstrates on the way to his ultimate fulfillment.

Is there an intended symbolism within the bird statuette? It seems to represent much more than just a lucky fixture.

Setting aside any overtly Freudian reading, the bird represents the power to take flight.  This is what Hammett possessed in the late 1920’s and early ’30’s when he transformed his life, becoming an important and famous writer.  And it is what he loses when, in an act of egoistic pride, he gives the bird away in 1933.  From that point forward he is “grounded”.  Of course, that is explaining one metaphor with another, but how else to capture the truly mysterious power and nature of creativity, identity, and love?

Of all of Hammett’s relationships with women, Moira and Lily are clearly the only two with romantic significance. Why does Hammett seem to have stronger feelings for Moira who has deceived him time and again than for Lily who has stood by his side despite his mistreatment of her?

Remember, at the end of the novel we’re left unsure about just how Hammett deals with Moira.  But you’re right; in Hammett Unwritten she holds a unique fascination for him.  Might there be some element of guilt for his having sent her over to the police years before (the result of which was her spending 11 years in an institute for the criminally insane)?  Not likely.  It’s far more than that.  She’s beautiful and dangerous and—most of all—it is she who tricks him out of the statuette and, throughout the book, it is she who likely still possesses it. What he knows is that Moira is formidable enough to have taken from him his sense of self—for a man of Hammett’s nature, how could anyone be of more pressing interest, whatever the circumstances?

Speaking of Moira, who is such a complex and intense character, have you ever considered writing a separate novel from her perspective? Her version of the story would certainly read much differently!

That would truly make for a different book.  It could be fascinating, but as the plot works now, the questions arise from Hammett, while Moira is consistently more informed.  And it is generally not the character who possesses the answers that fascinates, but the character who is driven by questions—it’s the not knowing, the investigating. For example, which of the shifting stories that Moira tells in the climactic scene are true?  Hammett can never be certain.  If told from her point of view, we’d know.  Some things are far more fun remaining unknown.

The book ends on an open note; is that the last we will see of Hammett or can we expect more in a follow-up novel?

Hammett Unwritten has received a number of excellent reviews but, for me, the most gratifying was this: “Even if Dashiell Hammett’s writing talents abandoned him entirely or ultimately proved as one-dimensional as they once seemed unlimited, Hammett Unwritten gives his life the hard-boiled second act it most certainly deserved.”  That was what I set out to do.  So now it is time to turn to other, rich possibilities.

To learn more about McAlpine and his work, visit his website. Order your copy of Hammett Unwritten today.

All images courtesy of Gordon McAlpine.

I'm a witty wordsmith and lover of all things literary. Pick a book, any book. I'll read it, regardless of it's size and/or subject. When it comes to literature, I like to try everything at least once. If I love it, I'll try it again and again and again! 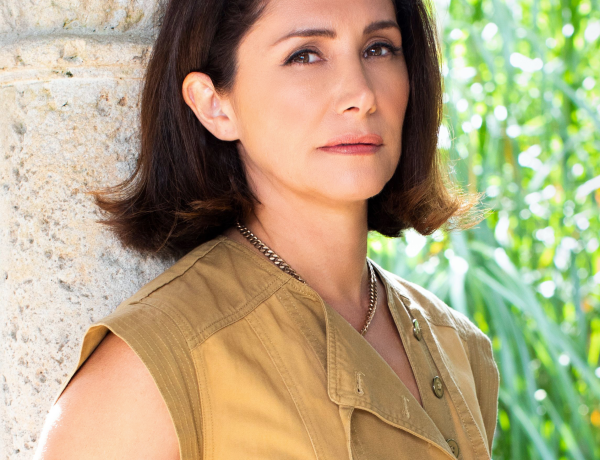 Carly Pearce Talks the Success of Her Single, “Every Little Thing”