You know her from Lab Rats as Bree, but there’s more to her than meets the eye. Kelli Berglund is a smart, pretty, and multi-talented actress. She can sing, act, and has won awards in dance. And with all that talent, she still manages to be one of the sweetest people you will ever meet.

Cliché: You can act, sing, and dance. Where did you find this passion to entertain people and which interested you first?
Kelli Berglund: It started at a very young age for me. I have always been creative and artistic. That was very clear with the hobbies I chose to do. I started as a dancer when I was 4 years old and I immediately caught onto it. I just loved it and wanted to pursue it. Then, I started to discover that I really loved to sing and then, eventually, I really loved to act. They all kind of fit into the same categories. So, as the years went on, I started to experiment with how they can work together or how to focus on one of them. Still, to this day, I love all three of them so much and I really want to continue to do them for the rest of my life.

Since the Lab Rats are human with bionic upgrades, do you know if we’ll ever find out how Adam, Bree, and Chase were chosen and who their mother is?
See, that’s the thing. I’ve asked myself that question, too. We have no idea who our mom is, or if there even is a mom in the picture. Maybe we will find out later in the season, because we still have, probably, nine or ten episodes left to film. We might find out then. Obviously, we thought Mr. Davenport was our creator, or our dad somehow, but we really found out later that it was his brother and that he was trying to raise us for evil purposes, or weapons of destruction, when Mr. Davenport was trying to make us good human beings. But I think that maybe later in the season, we may get to the roots of where we are started. I think it happened to be we were created in this family of billionaire inventors and, maybe, they thought to experiment and the result was us.

What has been one of your favorite moments on set?
One thing that doesn’t relate to the show, but kind of happens on set, is we kind of celebrate everyone’s birthdays and I recently celebrated my eighteenth birthday. It’s really cool because we got together after filming and ate cake. We’re all so close and it is a big fun thing that we all do together. I don’t know if it’s something that a lot of the other shows do, but it’s something that we like to do. Other than that, I’m always just hanging out with the boys on set or in their dressing rooms, just having fun. We pulled a couple pranks this year. It’s just like being with family.

In the future would you want to do more work behind the camera or have a balance of both?
I definitely want a balance of both. Like I said before, I’m a very creative person and I like putting things together, making my own things. I do love making my own videos, just for friends and family. I would absolutely love to be able to study more behind the camera, or producing, editing, or even directing, but I love being an actress as well. There’s tons of actors and actresses out there that do both. So, I’m hoping that maybe one day I can kind of be like them.

I hear you’re a bit of a fashionista. What are some of your favorite designers?
I love anything from Topshop. I wore Topshop on a red carpet before. They always have new stuff coming in. It’s a little bit different, but I really like their stuff a lot. I really love Alice and Olivia, too. Their stuff is so beautiful. I just saw their spring collection. During Fashion Week I saw Elle Slovenija’s collection and I was just dying over those dresses. They’re so beautiful.

Do you have any projects in the works?
I have my Disney movie coming out this summer, and another project in the works, which I’m either filming this summer or next summer. It’s a movie called Lovin’ Brooklyn. It is a musical which takes place in the 70’s and is about the surprise romance between an innocent Connecticut girl and a local Brooklyn boy. I’m hoping that all works out and I’m able to do that project very soon. That’s just of the few things I have on my plate right now. 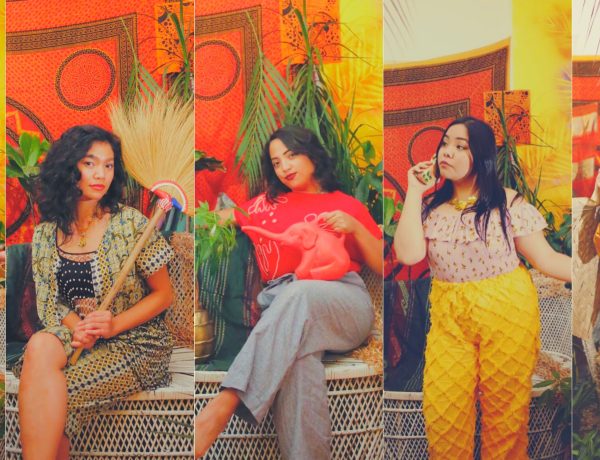 Lupita Nyong'o Named Most Beautiful Of 2014

The 'Game of Thrones' Continues