Bands Interviewing Bands is one of my absolute favorite features to conduct and to read, and the reason is simple: there’s nothing quite like two artists interviewing one another. They understand each other in a way that only an artist can, and they come up with compelling, vibrant questions that allow us the deepest insight into their careers and their personalities—who they are at heart. Our latest installment finds Brooklyn songstress Juliet K and Bay Area’s Lake Lady interviewing one another about their respective music scenes, the stigma of the ukulele, and their songwriting process. Check it out below.
Lake Lady: Where are you living in Brooklyn? Are you from there?
Juliet: I live in Williamsburg/East Williamsburg, but I’ve only been here for three years. I’m originally from the lower Hudson valley, in a small suburb outside of NYC.

Juliet: How did you end up in the Bay Area?
Lake Lady: My husband and I are nomadic spirits. We’d started our relationship after a month-long national tour in a band by moving to Austin, TX. After 3 years there, we were yearning for something new and wanted to be closer to family. In the fall of 2014, we got married in Southern California where both of us have relatives and decided it was time to return to the West Coast. Long before we knew each other, both of us had visited the Bay Area briefly and liked it, so I did some research and we opted for Oakland. It seemed like a happy medium between East and West Coast vibes. Now that I’m here, I realize it has a vibe and culture all its own and we absolutely love it.
Juliet: What does your local music scene look like?
Lake Lady: We’ve only been here a year, but I can say that it is rich and diverse and growing (partly because of artists getting priced out of SF – although, people are starting to have to move farther and farther out here in Oakland, too. But we’re fighting to stay!). There’s a great sense of community here and activism, all of which filters into the art. There is a rich history of blues, jazz, hip hop, spoken word. There’s rock, folk, electronica, world music, soul, RnB, you name it. I love going to the practice spaces here and listening to all the different sounds coming from our city.
Lake Lady: What was your recording process like?
Juliet: It was strange but cool! There were two elements to it—most of the recording happened in six days when me and four guys who played very multipurpose roles as instrumentalists/engineers/producers were holed up in a house with a recording setup that Paul Johnson, the primary engineer, brought. The rest was done in scattered sessions with Kevin Blackler in Brooklyn. It was really incredible in some ways because the people I was working with were so wonderful and the material really evolved, but it was also very intense.

Juliet: What was your recording process like? Did it change your understanding of the songs at all?
Lake Lady: I wouldn’t say my understanding of my songs changed with this project because I recorded and produced the songs myself first and found someone who was onboard for my vision. But with “Will Your Feelings Change?” Midnite Tiger produced that one on his own. I had a hook and when we met, I wrote a keys part in the room and he just ran with it. That was our first collaboration and it was such a breeze that we decided to do a whole EP and add four more of my songs to the mix!
For all of the other songs, Midnite Tiger imported my home recordings, remixed them, and we re-recorded my vocals in his studio in the Oakland Music Complex. We’d only have a couple hours in the morning before the metal bands would come in and drown us out so we had to work fast. It was fun.
Lake Lady: How did you select which two songs to have available for streaming?
Juliet: I picked “Live With Me” as a first single to release because it’s probably the most upbeat on the album, and the most classic alt-folk song, and I think it’s pretty catchy and fun for the kind of music I make. I picked“Nebulous Space” in part because I feel really pleased with how it turned out, but also because it’s pretty different than the first single. Very different mood.

Lake Lady: What can we expect from the rest of the album?
Juliet: It’s a pretty diverse thing! I think what’s most consistent across the board is the themes and lyricism. This album definitely has a sense of imagism really grounded in place. Also none of the released songs so far have ukulele on them, which a handful of the ones on the album do.
Lake Lady: Awesome, uke players unite!
Juliet: Maybe this is just my experience, but I feel like there’s sometimes a stigma against the uke as not a serious instrument, when obviously it’s an instrument with a long tradition of incredible musicianship. I think this is in part a gendered thing, that it’s become seen as feminine and undervalued as such. I obviously love it though; I think it has a really wonderful quality of its own. What’s your relationship to the uke? What made you gravitate towards it and how do you think you use it?
Lake Lady: My first show with the ukulele someone asked me what I instrument I was playing. I told them ukulele and they said, “Yeah I thought you said that. I didn’t realize that was a real instrument – it sounded great!” So yes, there is most certainly a stigma around ukuleles and, I’ve discovered, accordions, too! I’m not sure what the joke is with accordions, but with ukuleles I think it’s the size and the fact that the soprano and sopranissimo models, which are the ones that most people are familiar with, are used in music education just because they are easier for little ones to hold. Ukulele is also used in children’s music, I think because of the joyful nature of its sound. So these are the things that people associate with it, even musicians.

Juliet: How do you place yourself in a genre?
Lake Lady: I’ve never been one to fit into a box in society. My music is the same. It’s always a hybrid of a lot of things and my ultimate goal is to carve out my own sound. Within that though, I think my songs generally have a pop like structure with leanings in different directions, depending on what I’m working on. This EP is a soulful singer-songwriter sound with electronica infused beats.
Follow Juliet K (for fans of: Sharon Van Etten, Julia Holter)
Pre-Order Album / Facebook / Twitter / Instagram
Follow Lake Lady (for fans of: Massive Attack, Portishead)
Official Website / Facebook / Twitter / Instagram / Pre-Order ‘Better Day’
Read more Music News on ClicheMag.com 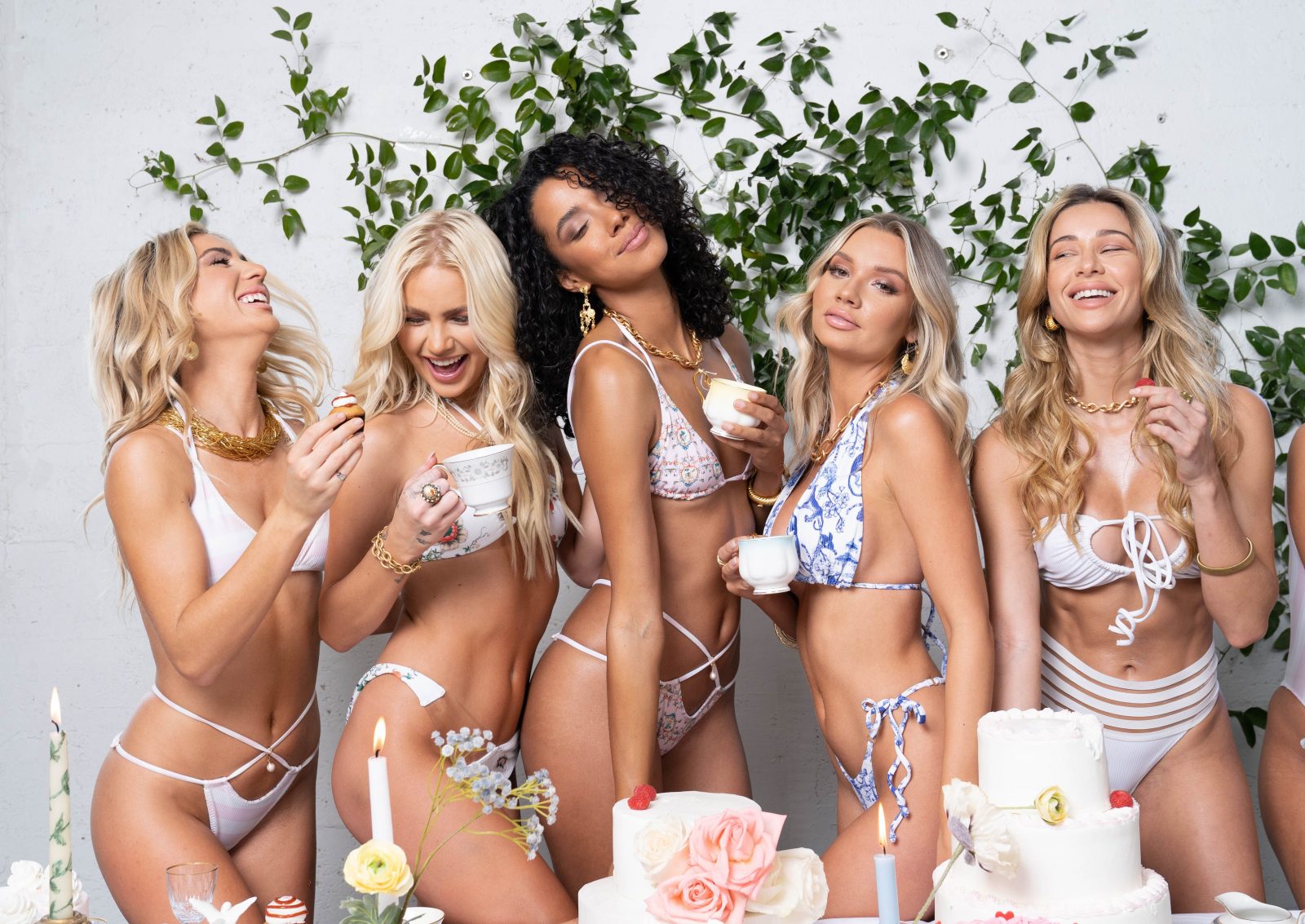 Lulleaux’s ‘Fade Into The Sun: The Remixes’ is Out Now

Jordan Fisher Talks ‘Grease: Live’ and His Own Pending Album