Chloe Baker, also known by her compelling stage name Bitter’s Kiss, is a force to be reckoned with at the critical age of 15. Her music, which is described as earthy, transcendental, and nostalgic, physically manifests her teenage angst and melancholy. At such a young age, Baker has been busy traveling throughout Europe, releasing her own music, and adding her voice to 2016’s Life in Color Music Festival. Along with her thought-provoking sound, Baker easily acquires fans with her captivating music videos. Outwardly displaying her creativity through her artistic music videos, especially for her hit “The Rope,” Baker has gained popularity after the release of her self-titled album Bitter’s Kiss. Here, Baker discusses her concerns about younger artists in the music industry, her EP Love Won’t Make You Cry, future projects, and behind-the-scenes information on her music videos.

Cliché: I love your stage name Bitter’s Kiss; it immediately sets the tone for your music and draws in listeners. How did you come up with it?
Chloe Baker: My first album was full of songs that explored taking the good things out of the bad things in life and finding the silver lining. I thought a good name to describe that silver lining was Bitter’s Kiss.
I believe that your music is relatable to all ages with the internal struggles you face and the heartbreaks. Do you believe that younger artists have more of an appeal over their audiences?
I like to make music that has a universal message. I want everyone to listen to my music and be able to take a look and evaluate themselves and the world around them. I think being young can be a trigger for some people to recall how they felt about the world at my age.
Have you received any criticism for being a young artist?
Not really, although some people have been surprised at the content of my songs. I have tried to surround myself with the most supportive people possible. I go to a high school that has an arts program so everyone is very understanding. I also have parents who support my career. which has been helpful.
Your music has been described as moody, melancholy, and nostalgic. Have you integrated your own life experiences into your music?
Ever since I was a little girl, I have been an observer. When life gets hard, I like to sit back and observe it rather than exist in the situation. I think my songs explore a lot of things I learned from observing the world around me.
Tell me about your EP Love Won’t Make You Cry. Were there elements you added that were not present in your album Bitter’s Kiss?
This EP took three songs on my first album and added some more current production. I also added two new songs: “My God,” which is about the irony of conflict over religious beliefs, and “Friday Nights,” which is about sacrificing yourself for someone you love. There is a video out for “Friday Nights” and there will be a video out for “My God” soon.

Ever since I was a little girl, I have been an observer. When life gets hard, I like to sit back and observe it rather than exist in the situation.

As a visual artist, have you noticed a trend with the popularity of your music in accordance to your music videos?
I think videos are something people share with each other over the Internet more than just songs. My videos have created conversation and networking between fans, which has been great. I love videos because they bring the songs to life and make the concepts more concrete and relatable to people.
You have shot various music videos around the world. What has been your favorite country so far and where do you hope to perform next?
I went to Sweden for two weeks to do recording sessions and that was my favorite place so far. I would love to perform at a big venue in NYC because I’ve grown up close to the city my whole life. I’d love to give something back to a city that has been such a big influence on me and my music.
Have you found it difficult juggling school and dedicating time to your music?
Of course it is difficult sometimes, but whenever it has been hard, I tend to write about it and it makes me feel better. So in the end, I think it has only helped my music grow stronger.
Growing up, who were your favorite artists?
I listened to a variety of music from Carole King to Tupac, and a lot of rock and a lot of soul. I don’t think I had favorite artist. I do love the Beatles, but I think I just love honest, soulful music in general.
Have you set any goals for 2017 yet? Can we expect new music, videos, tours?
I am working on an EP right now which will be released in the new year. I’m building myself a team and training to get myself to the next level. Of course, I also want a good SAT score, but everything comes second to music.
Read more Music Interviews at clichemag.com
Bitter’s Kiss Talks Her New EP and Future Projects: Photographed by Dustin Rabin 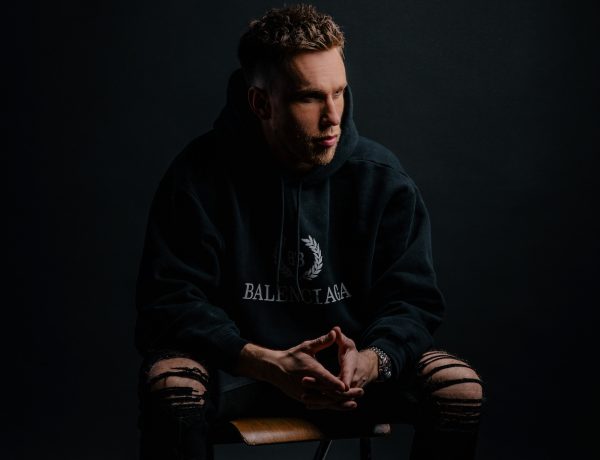