Lexy Panterra Takes Her Power Back With EP ‘A Gemini Valentine’

With over 2 million followers on multiple platforms, this relatable Pop/R&B vocalist is on the rise as a strong singer-songwriter. Lexy Panterra takes her power back with EP ‘A Gemini Valentine‘ where she opens up about her love life, particularly her on-again-off-again relationship with Brooklyn Beckham. After a sold -out North American tour with Dani Leigh, she released the EP, hoping to get out from under the pressure of the Industry’s standards. Redefining herself as an artist, the singer anticipates the release of her new single on May 8th featuring her alter ego Virgin Lex. Get to know Lexy as she delivers an uncut version of herself in upcoming projects.

Cliche: Who has been an impactful collaboration for you in the music industry?

Lexy Panterra: I feel like I’ve been slept on in the industry because of my rise to success. But I can’t wait to change everyone’s thoughts with the new project I’m releasing. Virgin Lex is coming for them, and by them, I mean everyone.

Who do you hope to work with soon as your music career continues to grow?

I would love to dream up a song and video with Doja Cat!

Your songs seem to draw inspiration from love and relationships, what messages do you want your music to deliver to your fans?

My EP, “A Gemini Valentine,” was for their feelings. I want people who listen to my music to feel like someone understands them and their story, and will support them through the power of songs. However, the new project I’m dropping is about me being ME, and introducing my alter-ego that people don’t get to see that often. I think people will really enjoy getting to know the uncut version of me.

Where else do you find inspiration for your music?

I channel intense feelings through my music. Sometimes it’s anger and bitterness, but it’s mostly through my daily experiences, mixed with a little imagination! Shit gets wild!

What artists inspired you to become an artist yourself, and who continues to?

I do love Rihanna. She is goals. I also grew up listening to Disney songs, and I always wanted to sing those types of songs. I love Britney Spears. Her vibe, mixed with the Spice Girls and Aaliyah and Brandy, super inspiring. I’ve always wanted to be on stage and perform.

Your most followed song on Spotify is “Deep End”, released in 2016. How has your music evolved over the years up to the release of your EP  “A Gemini Valentine”?

“Deep End” and “So Good,” released in 2018, have been two of my most successful songs. However, my ex-manager wanted to take them down when I split with him, which was really tragic. I’ve been through so many ups and downs, and dealing with negative people always makes this process way more complicated than it needs to be. But that said, a bad bitch always prevails. The one thing I can say is I am super happy in my life and where I am.

What drove the creation of “A Gemini Valentine” and what was the process of producing like?

Every song was written at a different time. Probably over the span of three years, I made a lot of records – I just had to release them, I couldn’t take it. I hate sleeping on records now. I have so many more I want to share, but getting over the fear of being judged is tough.

Do you have a favorite track from the EP?

“Room.” It was easy for me to write, and it just gave the God-damn vibes. I can’t explain it. But that’s a song I would listen to at anytime, even if it wasn’t my song.

“A Gemini Valentine” feels like your most intimate body of work so far, yet maintains the rhythm of older work that you cannot help but dance to. Are there genres of music you hope to explore, and where would you like to see your music in the coming years?

Absolutely! A new project I’ve been working on for a long time is about to be released. My alter ego, Virgin Lex, is coming to the scene, and dropping a new single on May 8th unlike anything else I have ever done before. I’m excited to know what you think! I love all music, and I love creating all types of music, so you will definitely see me exploring more.

“Want Him Now” on the EP slows down the pace of typical pop songs while still delivering a punchy beat. What stylistic choices did you make for this song and why?

What’s funny is that “Want Him Now” is the only song on the project that I didn’t write. I loved it at the time a lot when I first heard it, because it described exactly what I was going through in my relationship. It matched my emotions so well. I typically won’t sing other people’s records, but the team on that track did such a great job on it, and I couldn’t resist. My voice, however, made it a little more pop-esque than the original version.

The world has changed drastically over the last few months, how do you find music helping people in times like these? How has your writing process been impacted?

My writing has changed so dramatically during this time, and you’ll definitely see that reflected when I drop my new song on May 8th. This time at home has given me the space to dig deep and finally explore parts of myself that I never had the time to. I have so many passions, but so little time! I aim preparing for a whole new chapter. I’ll tease it by saying, follow along via Instagram with the hashtag #OF

You’ve produced and accomplished a lot in the last few years with the new EP and several music videos, what are you most looking forward to in 2020 for your music career?

Being my damn self for the first time, and not going by the industry’s made up standards. I’ve been following other people’s thoughts on who they think I am as an artist for far too long – I want to be define my own self and write my own story. Since I was 17, I felt like a rag doll being pulled in so many different directions. But I’m finally taking my power back and, at last, freeing myself of the past. I feel so free, happy, and the most real and passionate I’ve ever been! 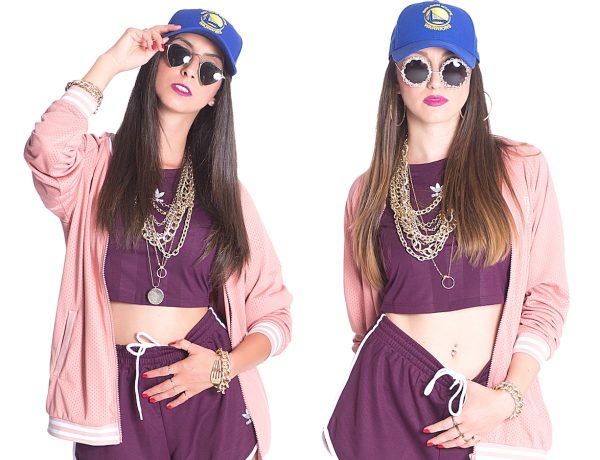 Jordan Corey is Dreaming of a White Christmas