Electronic dance-pop artist Lord F is back with the release of his latest single, “Aqua,” out now! This is his second release off of his upcoming EP, set to drop in mid-April. “Aqua” follows his last single “Perfect Imperfections” which dropped last month.

The Brazilian born and LA-based artist first hit the scene in 2015 with his self-titled EP. His songs “Hey Hey Hey,” “Dance With You,” “Like a Glove,” and “Ainda é Pouco” reached the top charts on radio play over many stations in Brazil and are still growing on charts to this day.

Along with his music career, Lord F established his name in television as a host for the music channel MIX TV, in Brazil. Being a reality television host allowed him to grow his following but never stopped him from pursuing his true passion of music. We caught up with Lord F to talk about “Aqua,” his career and his advocacy!

Can you tell us about your start, what got you into your music career?

“I always loved music with all my heart. It always had the power to transport me to other places and live through the music. I started taking vocal lessons, which led me to start performing when I was 7. Everything just continued from there.”

Tell us about your new single, “Aqua.”

“The idea for the song first came to me when flying back home from a ski trip with my family. I wanted to write lyrics that weren’t just love stories. That’s when it hit me – I have never heard an interesting song about the 4 elements of nature: Fire, Water, Earth, and Air. As I started reflecting on it, I realized that you need love just as much as you need water to survive. You can find love in different shapes, colors, nationalities, and elements, just as water comes in all these conditions. But the essence of water and love is the same. It doesn’t matter who you are or where you come from; we all need both just as much to survive.”

You released a single last month called, “Perfect Imperfections.” It has such a beautiful message behind it. What motivated you to release that song?

“I was filming for my TV show and my producers, who were married, were disagreeing on something. I looked over, and one of them rolled her eyes at her partner and made a concession even though she disagreed with him. And then that’s when I had the insight – there’s no such thing as perfect love. A mature love is about making concessions, talking, crafting, and making it work every day.”

So the song is basically me saying, “I realize there’s no such thing as a perfect love, but I’m looking for that imperfection that will fit me perfectly.”

Where do you draw inspiration from when creating music?

Everything around me. I change my perspective of the world and start paying attention to what the universe is telling me. I write down everything that could potentially be an idea for a song. And funny enough, many have sparked when I’m showering, haha!

You are a vocal advocate for the LGBTQ+ community. What do you hope LGBTQ+ youth take from your music and advocacy?

“To feel liberated. To tell the world their story and who they are. Not the other way around. Create your kingdom and be the Kings and Queens of your realm.” 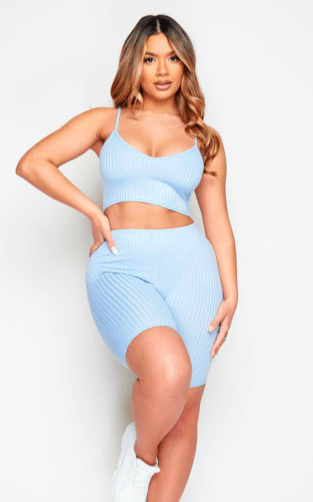 5 Sneaker Drops You Can’t-Miss This Year