Today we want to introduce Ridi, a new music artist who is not only talented but has an extraordinary background coupled with an amazing story that we want to share with everyone. At the age of only 17, Ridi has experienced many challenges but has proven to be strong willed, driven and inspiring to people all around the world.

Ridi, of European and Indian decent, has been compared to the likes of Lorde, Fiona Apple, and Billie Eilish — in other words, she’s on a mission to show the music industry that she is wise beyond her years both artistically and creatively.

In her new single, “Top Guy,” the European singer utilizes her voice to tackle themes of inclusivity and shed light on how lives can be devastated by those with narrow-minded and spiteful intentions. These are the same issues she’s had firsthand experience with for far too long in her young life. 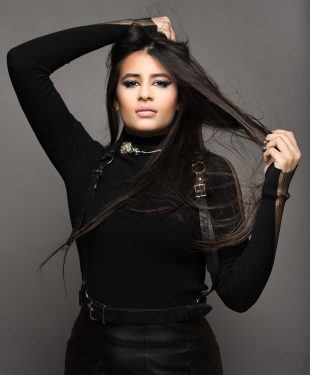 “Top Guy is an extremely personal song to me and I’m glad that it’s my debut single. I went through a difficult time when I was kicked out of the school where I’d spent my past 6 years — all because I stood up for myself and spoke out against the harassment I was facing. I guess the fact that I felt so much oppression and injustice pushed me to vent my feelings in this song. Being young, sometimes it feels like everyone around you has a say in your life and has a right to judge you (even if they’re not always correct) — and to make life-changing judgements about your life simply because they can. I hope that people who listen to Top Guy can feel that I stand with them through my music, and that the best thing you can do is not give a shit about what other people say. In the end, it’s still you who has full control! Just keep doing and being your best and shout back even louder!”

Written and composed by Ridi, the single’s Paris-based video, directed by Sylvain Bressollette (Indila: Dernière Danse), unveils a sobering view of the all-too prevalent prejudices occurring in the world — a powerful look at a teenager’s worst nightmare from the perspective of a young student that was served hard injustice for being herself.

“I always enjoyed playing around with melodies, and when I had feelings to vent I would write them down in a diary (like most teens). I suppose the recent injustices I felt pushed me into using all my musical training to finally express them in my own lyrics for my debut single ’Top Guy.’ I don’t think I could ever sing anyone else’s lyrics now, as that would be like singing somebody else’s heart.” 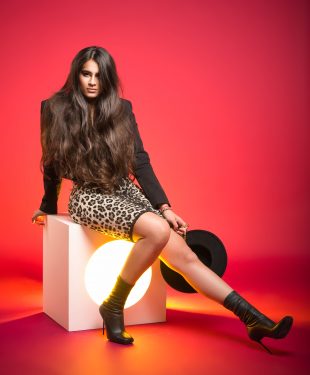 In an effort to help millions of others around the world in similar situations embrace their own individuality and heal from the hate, Ridi and her sister, Vasudhara Oswal, co-founded the non-profit “Stop the B” in October 2020. As co-founder, Ridi shines a spotlight on the fact that it doesn’t matter who you are or what your background is, anyone can face oppression. Through Stop the B, she has promoted awareness around harassment, encouraging people to identify social and emotional bullying behaviors and to become “active bystanders” in order to assist in combating the problem. She’s also encouraged survivors to share their stories and come out of the negative stigma attached to talking about feeling victimized, or of being afraid to be different. Her campaign has earned her the endorsements of footballer Ronaldinho, world renowned independent academics, and an invitation to speak at a UNESCO world anti-bullying forum in Sweden this November (Ridi being the youngest ever of the speakers and peers).

“We have a lot planned for later on in the year. I plan on releasing an EP by this October and can’t wait to show everyone more of my music. I would love to finish the EP before school term starts since, let’s not forget, ultimately I’m still a student and university applications are just around the corner!”

Jeffrey Sutorius and Timmo Hendriks Team Up For Their Second Collaboration “The Afterlife.” Out Now on Protocol Recordings