Escape The Fate are back on Warped Tour and they are here for their fans. This is made known during their set, with each members running out eagerly and greeting their large crowd with smiles and waves. As soon as the first chord hits until the last note, the energy is both high from both the band and fans. Watching this performance, one knew that Escape The Fate, despite their ups and downs, are here because of their iron will to continue their legacy, as well as the unconditional support that they receive from their fanbase. We captured the busy Craig Mabbit and Thomas “TJ” Bell during their New York Warped Tour date and to interviewed them on this segment of ‘5 Questions With…’ Don’t forget to take a glimpse of some photographs from their set in Hartford, CT!
Cliché: You’ve asked your fans to help you create your set list for Warped Tour on your band’s Facebook. How important is it to you to keep your fans a part of the band?
Craig Mabbit: We as a band have been a group with the name Escape The Fate for 10 years now. When you have a 25-minute set on a festival circuit, you think: what songs do you have to play and what is the best set for the fans who take time out of their day to miss 70 other bands playing to come see us? What songs do THEY want to hear? That is what is important to us. Headlining shows are a little easier because of the lenient time limit; you can play whatever you want and play 10 encores if you want. It’s a tight run ship on a tour like this and I wanted to get the fans input.
Kevin Thraser is taking the time to do a workshop on guitar techniques and songwriting. Being able to actually teach fans on how to be active in something you all love and pursue must be quite the experience.
Craig: To be honest, he figured it out on his own. I could have done the same thing, but I didn’t know that it was an option. Before he was officially in the band, he was a session guy just writing songs and working on music with other people. This is something that he is passionate about and to stay on top of his game. It is pretty cool.
Being in the rock scene for so long, what has it been like to watch the golden and fallen years of rock music?
Craig: Depressing.
TJ Bell: It has been a bit of a bummer.
Craig: It’s kind of like, why was I born in the ’80s and not the ’60s? [laughs]

It must add some firepower to your writing though!
Craig: It does! You want to keep chipping away and keep hoping that rock has this glorious comeback and that you went through those horrible years when it wasn’t there and you stuck it out and –
TJ: We are carrying the torch, man!
Craig: Yeah! That would be a cool day if that ever happens…
With members leaving and joining, along with switching labels over the years, how have Escape The Fate been able to remain balanced under pressure situations such as these?
Craig: By still having the same goal. We have still the same core members and the same people involved with the band that aren’t necessarily “official” but on the record at the time. We are finally saying, “Let’s get rid of the guys who don’t want to be here.”
TJ: It really didn’t make a dent, to be honest. It was like, ok, then leave. See ya.
Craig: Exactly. Nothing stopped, we kept going. Go, leave, bye. We will keep being a band without you and doing what we want to do. It creates a legacy. This is the finalized group. I cannot see it changing any time soon or at all for that matter. Eh, maybe Robert can go [laughs]…Just kidding, Robert!

You all are working on your fifth full length. What can you tell me about the demeanor and influences that we can expect from this record?
Craig: We’ve been through the ringer. I came from Blessthefall and got shit on for being the new singer of the band and TJ came from Motionless In White. He’s been through the ringer in filling in for us and then we were like, “Actually we are gonna keep this guy, sorry!” We’ve been working so hard at it and when you put all of yourself into music and all of yourself touring and you are THAT passionate about it and to still get backlash from people to the highest point, you just have to say, “fuck it.” Why do we even care about anybody else? Why did we start doing all of this in the first place? We didn’t play in a garage and book our first local show to walk out on stage and like [in a small nasally voice] “Oh, gee I hope they like us!” We walked out on stage like, “FUCK YEAH! WE ARE HERE TO PLAY THIS SHOW! LET’S HAVE SOME FUN!!”
We are getting back to our roots and that is what this album is about. We have always been a diverse band and been stand offish in regards to is this too heavy to be on the album? Is this too poppy? We always try to make it cohesive. This time we are like, alright, let’s make it heavy! Let’s write this pop song and make it the poppiest thing we have ever done. Why not?
TJ: We are all in our mid-20s right now. We have been doing this since like 15-16 years old and we like to make everyone happy.  That’s how Escape The Fate has always been.
Craig: We kind of took off the boundaries. [To TJ] Is boundaries the right word?
TJ: Yes.
Craig: We used to be like, let’s not make it too heavy – that way it still fits on the album, but here we are just…
Throwing in a pipe bomb?
Craig: Yes! We are tossing a pipe bomb with this record for sure and I cannot wait to put it out there! 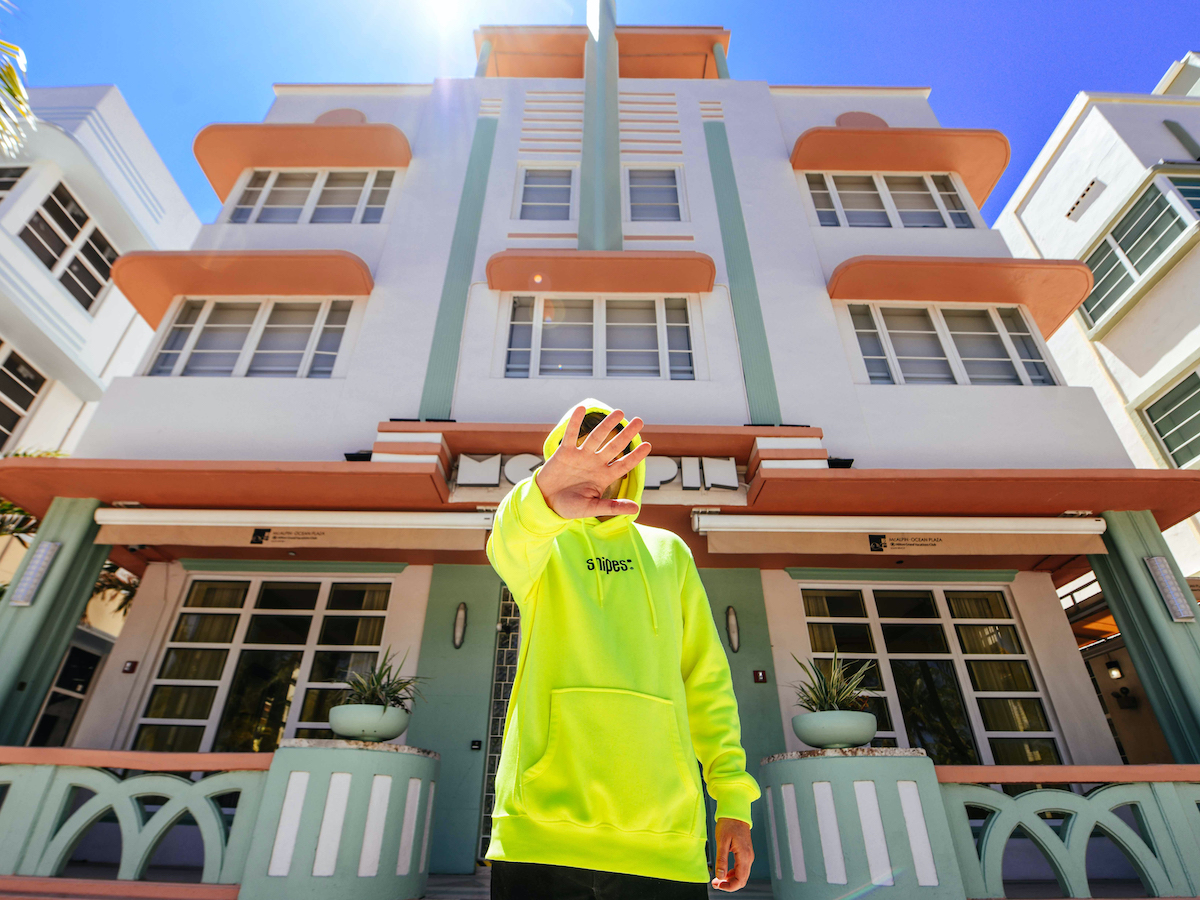 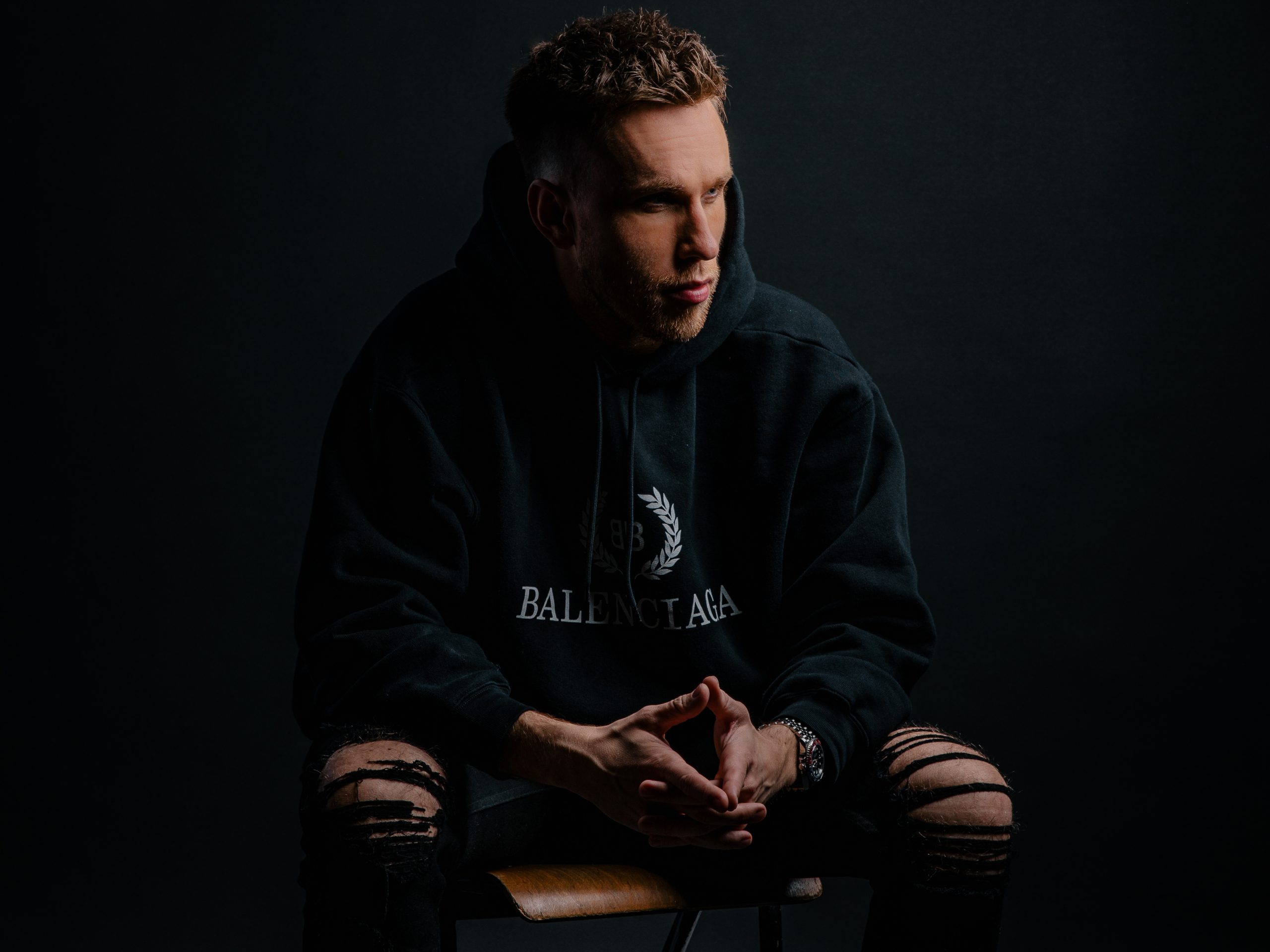 Monocule Teams Up With Italian Producer Jamis and Composer/Pianist/Vocalist Michael G. Moore for “Ways To Heaven.” Out Now on Protocol Recordings