Makeup enthusiast Kennie JD originally conceived of her YouTube channel as a way to help herself learn Korean. An avid fan of fellow YouTuber Bailey Sarian’s “Murder, Mystery, & Makeup” series, she decided to combine a similar concept with her ardent love of bad movies. In the resulting series, “Bad Movies and A Beat,” Kennie does her makeup while dissecting the most laughable and cringeworthy elements of terrible films. When she’s not devoting hours of her life to sifting through cinematic garbage, Kennie has started to further explore her interest in music and is excitedly awaiting the release of her upcoming EP this summer. Check out her music HERE!
Cliché: Would you say makeup is an avenue for you to express your personality?
Kennie JD: Definitely, it’s a great way to be a little bit of a different person if you choose to, or even show off different parts of yourself.
Which looks do you gravitate towards the most?
It depends on the mood of the day honestly. If I’m feeling more dramatic and over the top, then I can reflect that in my looks. The same is true on calmer days. 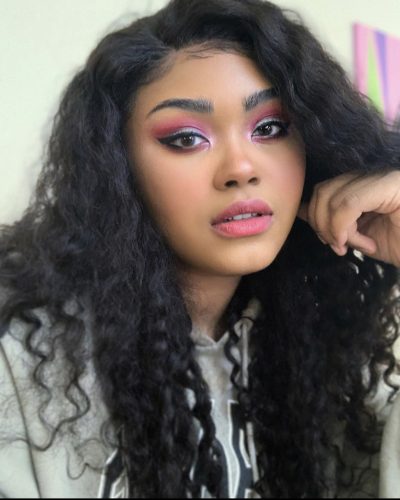 Describe the essentials of your summer beauty routine.
Sunscreen! I’ve gotten a lot better at using it more religiously. Also, lightweight/glow makeup (tinted moisturizers/lightweight foundations, etc.), a lot of blush and bronzer, and just taking it easy because it’s hot and gonna fade throughout that. Lighter/glossy makeup tends to fade more gracefully than heavier makeup.
Why did you decide to start your YouTube channel?
Originally, to help learn Korean. But over the years it’s kind of followed all of my various interests and it’s been a fun ride watching what it becomes each year.
Your “Bad Movies and A Beat” series is particularly popular. Where did that idea originate from?
I was a big fan of Get Ready With Me content and while watching Bailey Sarian’s “Murder, Mystery & Makeup” series I realized that I had a niche in loving bad movies and makeup and thought it would be a great idea to try it.
What’s the most bizarre or most memorable movie you’ve reviewed?
Cats. Never again.
What’s your favorite makeup look that you’ve created during a review?
My Showgirls look is pretty great, haha. 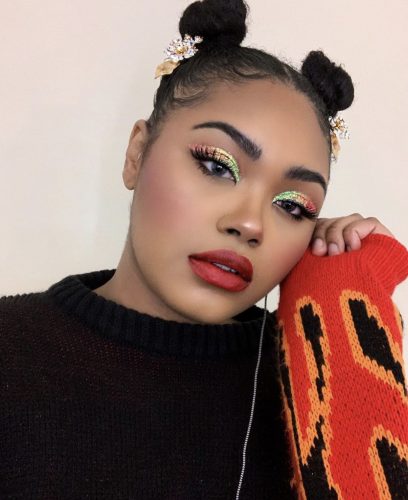 Are there certain elements that can elevate a movie into the coveted “good trash” category?
I think there’s an element of sincerity needed. When movies try to be bad, they tend to be forgettable and annoyingly try-hard. But ones that come from a genuine desire to make a serious/respectable film but fail are usually the most enjoyable.
Do you have any projects or collaborations coming up that you are particularly excited about?
Been delving more into music making these last few years and have a new EP coming this summer. But I have two out already on all streaming sites!
Read more Celebrity Interviews on ClicheMag.com
Kennie JD Blends Makeup with Bad Movies in Hit YouTube Series “Bad Movies and A Beat.” Photo Credit: Courtesy of  Kennie JD.
Bad Movies and A Beat, beauty youtubers