Recently we attended an extravagant party inspired by the popular children’s novel Alice in Wonderland and wanted share 6 simple tips to host a successful party. Once we arrived at the front door, a man dressed up as the Cheshire Cat welcomed us and smiled. Top chefs and bartenders served up small bits of cake and  “drink me” cocktails. The Queen of Hearts was also there, singing with her army and the hosts were dressed up as card soldiers. As the atmosphere was themed but also playful, a White Rabbit slot game would have been a great addition, or a tea corner where we could try and guess different tea flavors. There was so much hype around this party that it was probably the best one we’ve attended in a while.

So we were thinking, what makes a party successful? We have narrowed it down to a few key elements that are essential if you want to host a party everyone will remember.

One ingredient is often overlooked but shouldn’t be is the invitation. This sets the tone of the party. With an enticing invitation, your guests will immediately be impatient for the party to come. Invitations come in all styles and sizes. Think about a cool thick calligraphy handwriting or maybe a coded invitation. Include all necessary information like time, occasion, dress code etc and any other fun details – the more personal, the better.

Take care of the décor

At the Alice in Wonderland party, the entire space was transformed into a park with benches and themed serving. Everywhere around us we saw details that caught our attention. However, do not put the pressure on yourself if you want to arrange the decor on a budget. The setup should not be over the top and glamorous. You don’t want to splash all your money buying expensive decorations, but definitely consider transforming the place for the party, even if it takes place in your apartment. Buy fresh flowers, pretty tablecloths, aroma candles and you’re ready to go.

Without proper music, a party can feel like a meeting. Set up the mood and volume with a lively playlist. Be sure to plan several hours of great music and choose songs that will move the party up and down. Keep the atmosphere mellow during the meal or the break, and then bring out the dance songs to get your guests moving. If you plan a bigger party like an anniversary or engagement party, consider a live singer or a band. It will set the atmosphere and surely take the pressure off the host.

The food brings us all to the table so be sure to get creative here. It doesn’t matter if your party starts earlier or later in the day but be sure to prepare small tasty snack bites for your guests to nibble on. You don’t have to be a perfect cook to set up a cheese platter. Go through some arrangement ideas on the net or ask a professional to help you out. Plate it on elegant serving platters to keep the food warm and nicely presented. If you are going for a menu of homemade dips and comfort food, do as much as you can in advance. You don’t want to spend your party time in the kitchen while everyone else is enjoying themselves.

We know that alcohol is not necessarily a party element but it’s always good to have it as an option. If you don’t want to be in the role of a bartender, make various types of cocktails in advance both alcoholic and non-alcoholic. Other options are to set up a bar where guests will make their own drinks or ask someone to help you behind the bar. If you have a flexible budget, hire a professional bartender that will keep your guests satisfied and impressed and who will surely get creative with the beverages.

The element of surprise

Whether it’s a performance by a famous artist, a chocolate fountain or a photo booth where guests can make memories, there should always be an element of surprise to the party. It doesn’t have to be an outrageous idea, just something that no one was expecting. Serve cookies from the famous new bakery in town or bring a magician to entertain your loved ones – it is a party after all. The surprise element is one of the things your guest will talk and text about tomorrow, so get creative!

New Year’s Eve. It’s a day we all look forward to but can often be a bit of an anti-climax. The clock strikes 12, we all celebrate, watch some fireworks, and then head home. But it doesn’t have to be that way. Oh no, it can be a night where the celebration doesn’t stop, the party never ends, and it really is a night to remember. If you want to party outside, try a strip club for an hour or so. They can be exciting and super fun for both men and women.

If you’re planning on hosting a party this New Year, don’t rely on cocktail sausages and cheesy tunes. Be inventive; treat your guests to something special. We take a look at five party ideas that will keep the party going longer than a Sydney Harbour firework display. 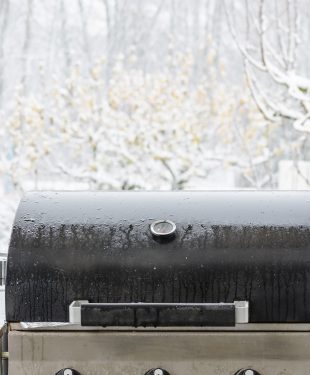 Winter BBQ
Of course this doesn’t apply to those lucky enough to be enjoying the sunshine on December 31, but for those in London, New York, Chicago, or anywhere it’s more than a little chilly, then get outside, light the fire, and watch the fireworks illuminate the sky above.
There’s nothing that quite beats the brisk, fresh air when you’re all wrapped up, hanging out with friends. Swap the chips and dips for marshmallows, burgers, and sausages, and why not even treat your guests to a few fireworks of your own?

Casino Party
Bringing the party back inside, you could turn your home into something reminiscent of a Las Vegas casino, encouraging your guests to dress to impress as well as putting on a range of games to transform your party into a thrilling evening of poker and casino games.

Get out the cards and the green felt for a poker tournament, and load up your TV and computer screens so you can  play online roulette and blackjack via the Pokerstars, and you never know – you may make a return on the  lavish canapés and caviar that you’ll obviously serve throughout the night.

Masquerade Party
Not want to know who you kiss when the clock strikes midnight? Want it to be forever shrouded in mystery? Or do you simply plan on being so drunk you don’t quite want to know who you’re kissing to enter the New Year?
Either way, a masquerade theme is probably the answer. Masks can be picked up fairly cheap but add a whole heap of sparkle to an evening. Adding a bit of glamour alongside great food will liven up your evening to no end. And after all, it’s how Romeo and Juliet met. Could there be fireworks at your ball? 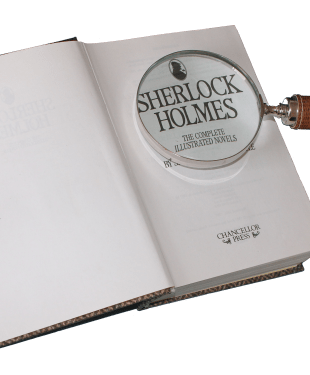 Photo by bluebudgie on Pixabay

Murder Mystery
Not only will people be asking “whodunit?” while trying to solve the evil murder, but also be thanking you for putting on a memorable night of detective work.

There’s something rather thrilling about a murder mystery; it’s why we love Sherlock  and Luther, and a night getting into character and solving you’re very own real life game of Clue will be a fine way to welcome in 2015. Was it Detective Johnson in the lounge? The trusty butler in the pantry? No. But it was you putting on the amazing New Year’s Eve party.

Around The World Party
Forget limiting your party to a suburban neighborhood in Nevada or a county house in the Deep South. Send your party around to the world – or at least bring the rest of the world to you.

An Around the World party will bring the best cuisines, drinks, and of course customs directly to your home. Theme every room a different nation and you could be having pre-midnight tacos followed by a slice of pizza in the opening minutes of the following year.

When turning your home into a tour of the globe, you can start in Paris, with the silhouette of the Eiffel Tower hanging over with croissants, cheeses, and frogs legs (if you’re brave), before moving through Italy, China, Mexico, and wherever else strikes you. And who knows; you could even finish in Vegas and have that casino night too.