The Epic Games’ highly popular battle royale video game Fortnite sure knows how to throw a party: pop star Ariana Grande took the virtual stage within the game – which was really much more of a candy-coloured, rainbow-sprinkled magical dreamworld – and mesmerized Fortnite and Grande fans alike. Showing up as a towering avatar with glowing eyes, glittery dresses, and a sparkling set of glass shard wings, as players made their way through colourful magical landscapes, Grande and Fortnite show what the virtual concert of the future looks like today. 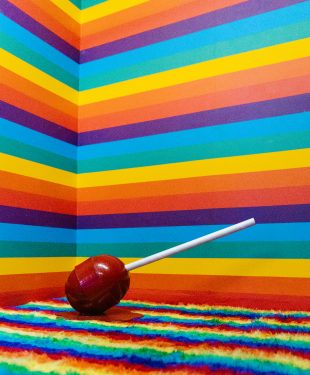 Photo by RODNAE Productions on Pexels

Grande’s “Rift Tour” concert had been a long time in the making as players and fans waited for the big show, which took place within the video game as a 5-day tour early in August. The virtual event was a sight to behold and a musical and visual experience like no other. Millions of fans worldwide tuned in to see the avatar version of the popular singer within Fortnite. Epic Games proved their ability to outdo themselves with their incredible virtual events once again.

Players enjoyed a series of experiences truly out of this world. To see the pop star, players first had to go through a series of mini-games, which involved sliding down a paint-covered slide and bouncing around in a candy-coloured fluffy world. When Ariana Grande herself came into view, she was impressed as a skyscraper-high virtual version of herself atop a planet in a star-lit dark space, before flying through the pink sky with angelic wings as players followed along floating in colourful rainbow bubbles.

The towering singer later walked up a set of Escher-style stairs carrying a glittery hammer, before slinging it up in the air to shatter the sky and float into a psychedelic version of outer space and northern lights. Her dramatic show ended with her smashing the hammer once again and disappearing, leaving players behind, flying through the air and rainbow hoops on rainbow-trailing unicorns. 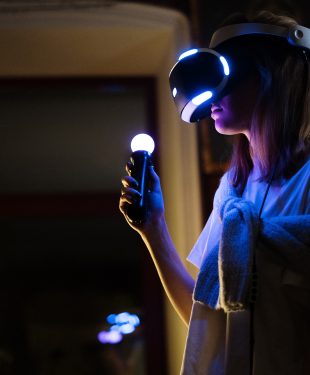 These mesmerising and magical visuals didn’t only see a towering version of Grande with glowing eyes, sparkly dresses, and angelic glassed wings. The pop star also performed a total of five of her songs, such as her 2019 hit song 7 Rings, Be Alright and Positions. Songs by Marshmello and Diplo, two artists that had previously performed in Fortnite, opened the magical event. Although Grande’s tour is over, players can keep the singer’s spirit alive in the game by buying items and skins to play as her.

How the digital realm is turning into a concert venue

While Grande’s concert tour arguably outdid the rest in terms of size and grandeur, her act is only one of a series of concerts taking place within Epic Games’ popular battle royale. Previously, Marshmello and rapper Travis Scott took Fortnite’s stage in 2019 and 2020 respectively, with their similarly psychedelic shows attracting more than 10 million viewers each.

This comes at a time when virtual experiences of all sorts are gaining traction in many different sectors. Today, more people are looking for options to enjoy experiences from the comfort of their homes. With this, many companies and event organizers are offering immersive experiences online. For instance, the event industry has been streaming concerts and festivals live online, while even cultural venues such as museums and galleries are taking audiences from around the world on virtual tours through their exhibitions. This trend can even be seen in the iGaming sector. Online casinos offer a wide selection of games such as slots, roulette, blackjack, and more online to easily play at home. Experts review casino platforms for UK players to find the best provider to play at. Some of these offer so-called live casino games that allow users to play with a real dealer via a live stream, allowing for a virtual lifelike casino atmosphere online.

Such virtual events have thus become a major trend in today’s digital and connected world. With audiences, organizers, and artists alike looking for new ways to interact and share experiences, this trend is likely to continue. Epic Games has been lifting virtual events to the next level by taking full-force advantage of the endless creative possibilities the gaming world allows for. Watching the magical virtual concert by singer Ariana Grande might just actually give us a glimpse of what the future of virtual events might look like – and it’s already here today.

CimplyDan Unleashes His “Wild Side”