Life can throw all the lemons it wants but Karlee Perez is fighting her way up through it all. From developing numerous projects for film and tv to battling the ways of the industry as a woman of colour, she has done it all. Perez is most known for her work as a professional wrestler and actress for WWE and Lucha Underground respectively. Meet the professional wrestler turned producer powerhouse in this interview.

“You don’t get what you wish for, you get what you work for.” I had to work hard to achieve my dreams, and not every path has been smooth. This goes for both of my careers. In both wrestling and working as a creative, it is important to have a balance between the two. This is extremely crucial in order to be healthy physically and mentally. I can’t be so hard on myself all the time too. Once you lose your passion and fun in what you’re doing, both careers can take a toll on you. I have to remind myself all the time why I started doing this in the first
place.

2) While fulfilling the role of a producer/creative, do you find yourself looking back on your time as a wrestler? What is something that has stayed with you from that part of your life?

Yes, I definitely find myself looking back on my wrestling days. It was an incredible and memorable time of my life that I am very proud of, and it was the path I needed to bring me to where I am now. The work ethic and dedication it takes to be a wrestler has stayed with me since I have transitioned into being an actress and producer. 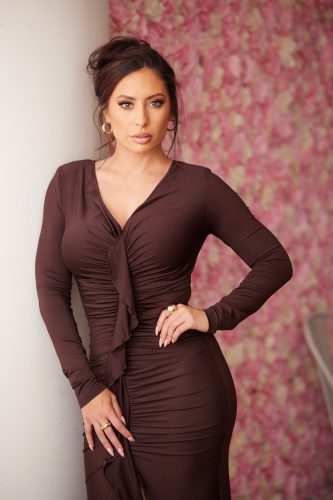 3) Why was it important for you to transition into film/tv. How difficult has it been for you to step into a different sort of role and environment?

Wrestling was all I’ve ever known and I made sacrifices to leave that life behind to focus on film and television. I was not born into this like other people in the entertainment industry. I didn’t have any connections to get me here. That was a different kind of pressure to succeed because I had to depend on myself in order to make it. Stepping into this and expanding myself has shown me how strong and determined I can actually be.

4) Tell us a little bit about the various projects that you are producing for film and tv. What should we expect from them?

I have a handful of projects in production at the moment. I am currently working on Miami River Cops, which is a series I am producing with Power executive producer Mark Canton. There’s also a FUBU series that will be about founder and owner Daymond John and how he made the company into the iconic brand we know it as today. Lastly, I am also working on a series based on the award-winning book Shots On the Bridge, which tells the true story of
horrendous crimes New Orleans police committed during Hurricane Katrina, and how this was later covered up. I am hoping these projects bring light to real, authentic stories that need to be shared with audiences.

5) You have undeniably had to encounter push backs while attempting to carve your niche as a woman producer. What were the hurdles and the rewards of stepping into this challenging role?

There are so many hurdles I face daily as a woman of color. For most of us, we have to fight for a spot in this business. It’s pretty obvious there is still a lot of old-school mentality and obstacles in Hollywood these days. I understand change can be hard for people who have been doing the same thing for 30 plus years, but this pushback specifically should not be swept under the rug. It’ll be rewarding to know that once I push to a certain point it won’t be as difficult, and I hope it will pave the way for aspiring women like me. 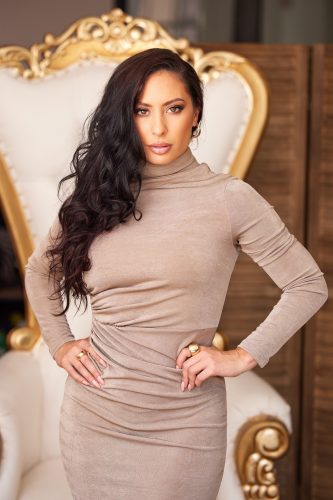 6) If you single-handedly had the power to make changes in Hollywood, what are some things you would implement?

If I had true power to make important changes in Hollywood, I would definitely make the effort to have stories told about interesting people with lives who don’t usually get covered. I would also change the dynamic for women in the television and film industry and people of color in the industry so that we can all succeed and reach new heights.
By doing so, I would create more jobs and opportunities in front of and behind the camera.

7) Is there perhaps a dream project that you would like to tackle in the future? Could you tell us a little bit about it?

I would love to do something that would highlight my passion and my goals not only in front of the camera but also behind it. I have a couple of projects on my radar that I am interested in, however, I would like to establish myself more as a producer first so I can have a better opportunity to bring those stories to life in the future.