Did you that this year Ozzy Osbourne goes into the WWE Hall of Fame? When you look back over the long and storied career of heavy metal legend Ozzy Osbourne, it’s hard to know what’s real and what isn’t. There are thousands of myths and legends about Osbourne on the internet, and even the man himself isn’t really sure what happened and what didn’t.

If you’ve heard a few of the more common tales, allow us to dispel a couple of myths for you. Ozzy probably didn’t snort a line of ants at a party. However, the famous story about him biting the head off a bat is, unbelievably, true. It happened live on stage in Iowa in 1982. Ozzy swears he thought it was a rubber bat. It was as much a shock to him to find out it was a real bat as it was for the audience to watch him do it, and he had to be taken to hospital for emergency rabies shots. He insisted on finishing the Black Sabbath concert first, though. Accidentally decapitating a live mammal is, apparently, no reason to stop and rock and roll show. 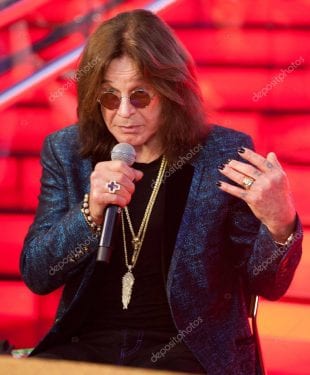 Against this backdrop of snorted ants, decapitated bats, with a side serving of allegedly bringing a dead shark into a hotel room and a confirmed incident of him urinating on the Alamo while dressed in drag, this latest unlikely development in Ozzy’s long and storied life doesn’t sound all that unlikely. As of April 2021, the infamous “Lord of Darkness” is a member of the WWE Hall of Fame. That’s WWE as in the professional wrestling company. For all the bizarre escapades that Ozzy has gone on, he’s never donned spandex and done battle in the middle of the squared circle. Why, then, has he been inducted into the world’s most prestigious wrestling hall of fame? Well, we have to travel quite a long way into the past to find an answer to that question.

The Hall of Fame ceremony is a traditional part of WWE’s WrestleMania week, which is the highlight of the wrestling year. The first-ever WrestleMania event was staged in 1985. This year’s WrestleMania is the 37th in the long-running series. Ozzy’s first involvement in WWE came at WrestleMania 2 in 1986, which saw him appear at ringside with legendary manager Captain Lou Albano. In true Ozzy style, he claims he has no memory of his appearance that night whatsoever. Many years later, at the peak of his reality show fame, he was brought back to appear on WWE SmackDown in 2007 and then again as the “special guest host” for WWE RAW in 2009. None of those appearances has involved Ozzy wrestling any of the company’s muscular, larger-than-life performers, but that’s not necessarily a prerequisite for entry to the Hall of Fame. 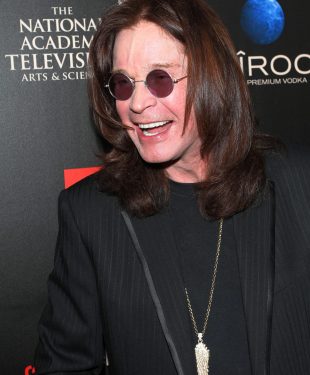 The WWE Hall of Fame has a “celebrity wing,” which inducts star names who’ve appeared on WWE programming without necessarily doing any actual wrestling. It’s a good opportunity for WWE to court media attention by having a famous name on their pay-per-views and programming, and it’s often accepted as a genuine honour by the person being inducted, too. This year, for example, Star Trek legend William Shatner was inducted into the Hall of Fame. Past inductees have included Arnold Schwarzenegger, Drew Carey, Mike Tyson, and even former President of the United States of America, Donald J. Trump. Trump was inducted in 2013 and accepted the honour in person, giving a speech at the ceremony. TV legend Mr T was inducted the following year. Ozzy is not the Hall’s first musical entrant. Snoop Dogg already has a Hall of Fame ring, as does Kid Rock.

The Hall of Fame ceremony was closed to the general public this year because of ongoing pandemic restrictions, and even with those restrictions in place, it was impossible for some inductees to attend. Shatner and Osbourne – perhaps because of their ages – were among the people who chose to stay at home. Instead of attending in person, Osbourne sent a short video that he filmed from a chair by the pool in his garden in Los Angeles, California. In the video, he thanked the fans, the company, WWE CEO Vince McMahon and Executive Vice President Paul Levesque, better known to fans as former wrestler Triple H. There have been rumours and stories in the press about the legendary rocker’s health in recent years, but he looked and sounded like he was in good spirits as he recorded the video. 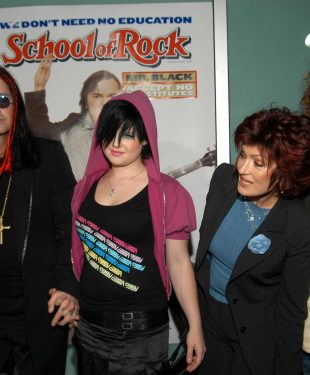 With a new reality TV show on the horizon, the chance to enter the Hall of Fame was a good chance for Osbourne himself to obtain some press coverage. With his music career slowly winding down, he’s found other ways to make both money and news in recent years. Aside from the new reality show and the wrestling accolade, Osbourne appeared in his own branded online slots attraction in 2020. The game, which was manufactured by NetEnt and can be found at online slots websites like Rose Slots for Ireland, contains a jukebox full of all his best-known hits and a number of bonus features that have thematic ties to his songs and his public persona. He (or, more likely, his management team) will have noted the success that fellow rock legends Guns n’ Roses, Motorhead, and Alice Cooper have had with online slots of their own and decided to follow suit. We haven’t played it, but we’re assured that it’s very good if you’re interested in such things.

While we’re waiting for the second season of “The Osbournes Want To Believe” to air, it’s rumoured that Ozzy’s slowly putting the finishing touches to another solo album. He’s retired from touring, and he’s no longer part of Black Sabbath, but he still loves making music. According to reports that first appeared in the press in December 2020, Osbourne has reached out to some famous names to appear on his as-yet-untitled album. Robert Trujillo of Metallica has played bass on some of the recordings, with Taylor Hawkins of the Foo Fighters on drums. It will be a follow up to 2020’s “Ordinary Man,” which was hailed as Osbourne’s best album in years but is said to feature a drastic change in sound and approach from the music veteran. We’ll wait with bated breath to see what that sounds like, but in the meantime, we send our congratulations to the latest and most unlikely member of the WWE Hall of Fame!