After spending her formative years in a punk band and inspired by other LGBTQIA artists, Ramona Blue decided it was time to carve her own path. Confined in lockdown and reeling from her ex’s infidelity, she penned her first single, “Curious,” an empowered assertion of her worth. To anyone else coping with the aftermath of cheating, she wants to emphasize that it’s a problem with them, not you. Stream “Curious” below and follow Ramona on all her socials HERE.

Cliché: When and how did you get into music?
Ramona Blue: I began with being really into musical theatre when I was a kid and I was always obsessed with different singers and how they sang the way they did. I was very inspired by strong and powerful singers like Christina Aguilera and Demi Lovato from a young age but then grew and began listening to EVERYTHING ranging from Lana Del Rey to Muse to Rico Nasty. I like to listen to a range of music so I can inspire myself in all different areas and come up with something really uniquely personal and ‘me’. I started my own post-punk band with some of my close friends when we were 15 and spent three years playing gig after gig. It was so invigorating to be a young teenaged girl and to feel the entire room of like-minded teens screaming your songs right back in your face. I decided to branch out as I wanted to create my own sound from all the music I’d been listening to and to find who I was as an artist without any labels attached.

The LGBTQIA community is a central part of who you are. How do you identify yourself and how does that influence your music?
I personally identify as a Lesbian woman and have felt so grateful to have such supportive family and group of friends who accept and love me for me. In fact, I never actually ‘came out’ as I never felt that being gay should be any different from straight. I just date who I love and that’s that. I always listened to my friends’ stories of their struggles with coming out and not feeling free and comfortable to fully be themselves and I just always felt that there was a lack of mainstream representation of LGBTQIA artists in the media. I feel that if there were, more young children would feel comfortable and identified, regardless of what their family believes in. I wanted that to be an integral part of my music and brand because I lacked a role model growing up and I want others who lack the support I so luckily had to feel that they have that, no matter where they are in the world, through my music and my message. 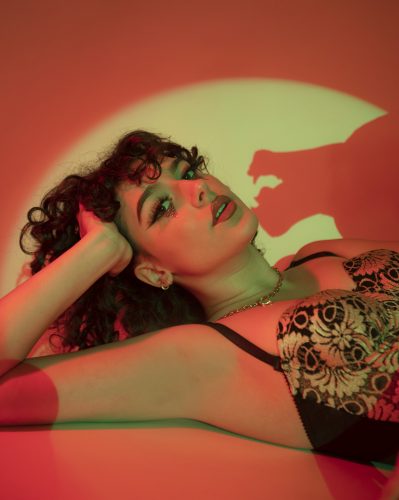 Who are your favorite LGBTQIA artists?
I think the main one is Lady Gaga because, not only is she bisexual but also used the FUCK out of her platform and success to stand up for the LGBTQIA community. I always found that inspiring considering she is one of the biggest artists in the world where most artists would shy away from supporting a community in fear of losing followers or money. Demi Lovato also raised me and her coming out was another major inspirational moment for me. Later on, I got into a variety of LGBTQIA artists from Hayley Kiyoko to this really underground girl punk band called GRLwood.
How would you describe yourself as a musician?
Blunt, feisty and strong. I won’t ever sugar coat anything and will always be 100% authentically me within my music and my identity. 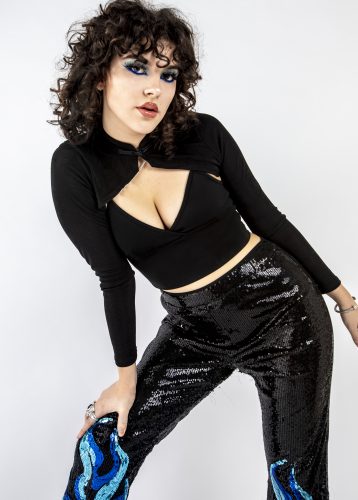 What has your experience been like within the music industry?
Interesting. When I was in my band, I experienced a fair amount of misogyny from industry people making comments like ‘you’re good at punk for a girl’ and just a lot of general demeaning. Patronising and belittling comments. Things like this never affected me because, growing up with such a strong-headed mother who always taught me that all humans are humans regardless of anything, I always felt I was fair game and that me having a vagina changes nothing. Having spoken to a few different labels, managers and agents throughout the last three years has really made me realise that the industry is a business and that artists aren’t seen as anything other than money makers which can be discouraging when you are trying to create your art, but once you learn how to use this to your advantage and essentially become an entrepreneur, you won’t be manipulated easily. I am still learning myself and growing every day. 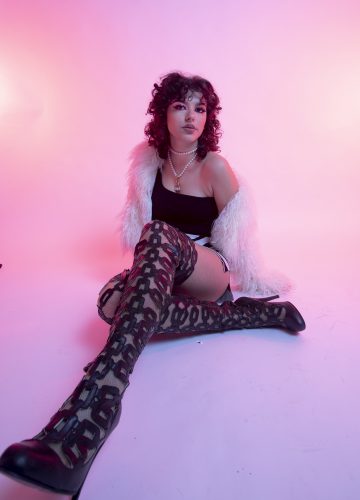 Talk about your debut single, “Curious.”
I wrote this track around a year ago when the first lockdown started. It was one of the first songs I wrote on my own and it was a MASSIVE confidence boost for me and really the moment that I realised that I had something there. I always knew I wanted this to be my debut single because I think it really shows the attitude I want to bring to pop music and all the rest of my songs. Pop needs more anger and more fire and I want to bring that.
The song is about an ex who cheated on you. Did writing the song help you in your healing process?
Yes! Of course. Music is therapy and always will be. 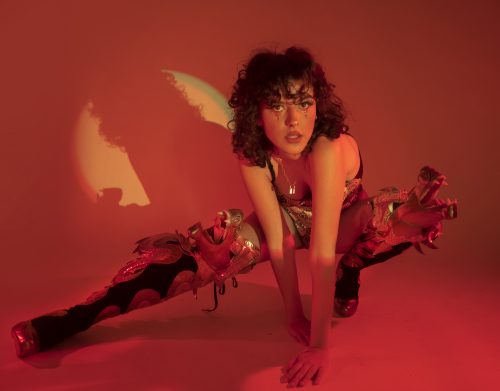 How did you move on from that betrayal while keeping your self-worth and confidence intact?
Someone betraying you like that is so damaging but I learned that it’s nothing that I am lacking but they evidently need to fill some hole in their soul that is missing that has nothing to do with me and my worth and my confidence in myself and my love will always stay.
What advice can you offer to folks dealing with infidelity or dishonesty in their relationships?
Toss away, forgive and move on. Don’t be scared to trust and love again. Your love and generosity is so powerful and trumps all dishonesty and negativity. Do not waste time trying to understand why or find the ‘reason’ because there isn’t one and they will most likely try to make you feel responsible for their deep rooted issues. You gave all your love and they didn’t cherish it so it is ultimately their loss. Your love and time is too precious to be wanted on someone who would rather give it away. 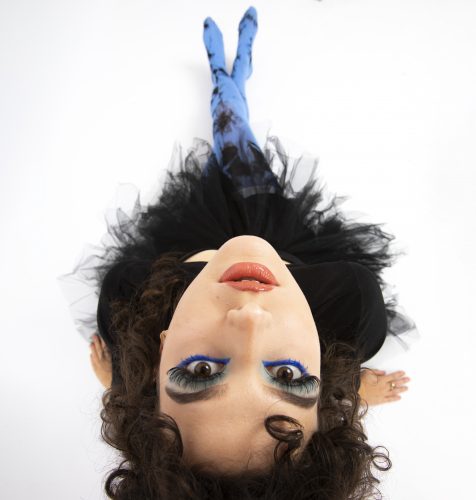 What are your plans for the future?
I am planning on releasing 3 more tracks this year for you all to stream until your ears bleed. 🙂 I have so much I have to share with the world and I am never stopping until my message is heard.

From Anti-Blackness to Anti-Racism: Deconstructing White Supremacy with Jordan Simone