A new generation of fashion designers, led by Saya Zalel. Discover her latest projects and astonishing story to the top of her field.

Born in the old capital of Kazakhstan, three years after the collapse of the Soviet Union, which led to the country’s independence, Saya Zalel became one of the most respected fashion designers of her generation.

She grew up in a pretty interesting time, when the echo of the Soviet era was slowly fading, creating a complex cultural landscape : « Even though the soviet has been exhausted, the remained ideology subsequently weakened the cultural identity of the Kazakh people. Then it was heavily affected by the Western world. We were the new generation that absorbed the mix of nostalgia and the influence of clashing cultures. »— says Saya

From music prodigy to fashion dreams 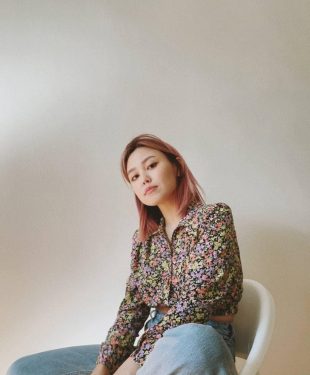 Before she became the established fashion designer that she is, Saya Zalel had an unusual story that could inspire a movie of its own !

As a young child, Saya was a violin prodigy and took part in multiple competitions held in Europe and her home country. She spent her whole childhood practicing violin from early morning till late night, preparing for the next concert or competition.

But by the age of 16, she realized that she didn’t want to pursue this path as a musician, and wanted to try herself in another creative field. And she chose fashion.

She started with the basics, worked hard and learnt how to thread the needles ; then a step at a time, she discovered a new universe that she became passionate about.

Learning and becoming the best

Her brother was studying in Edinburgh at that time, so she decided to move there to learn English, and transferred to the Herriot-Watt university branch in Dubai, where she prepared for her new dream : NYC.  One of the best place to reach her full potential.

Saya Zalel was accepted at the highly competitive MFA fashion design and Society program, where she challenged herself as a designer.

« An MFA is a two-year crazy creative experience. That period was one of immense growth for me. I’ve reflected a lot on my values and what I want to communicate as a designer. »— says Saya

Her hard work and talent were soon remarked upon by her teachers and fashion professionals, and Saya was offered to showcase her experimental work at the New York Fashion Week in 2017.

Her work didn’t go unnoticed, and in 2018, she showcased her whole collection at the New York Fashion Week, inspired by her culture’s philosophy and traditional craft. 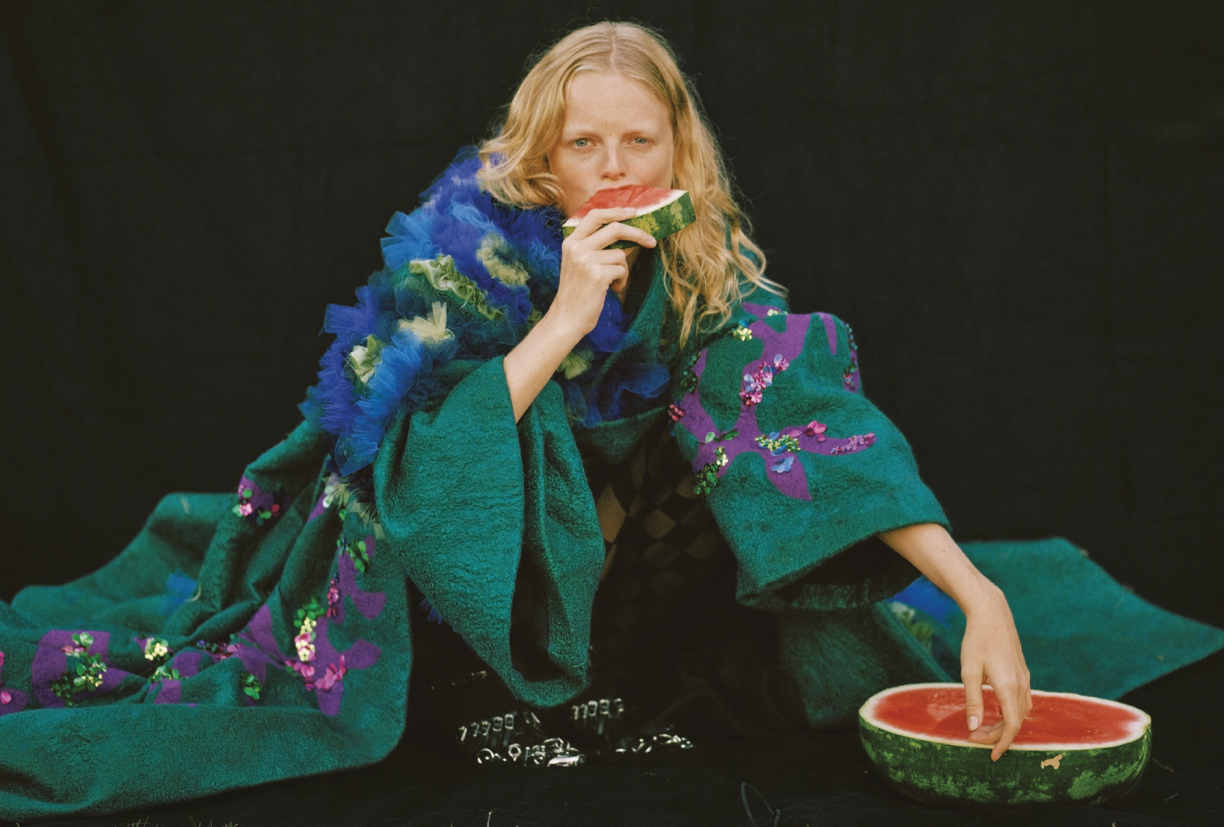 That’s how her career took off, and her work being showcased all over the world, from New York to Paris, worn by celebrities such as Tiffany Young, Dani Miller (Surfbort), Kristina Tontery-young, Hanne Gaby, or Nanna from OF MONSTERS AND MEN…

Saya Zalel’s creative process is unique, : she doesn’t sketch as most traditional designers do.

« I feel like it limits my creative process. I am more of an intuitive designer. I always try to surrender to my intuition and imagination to accelerate creativity. »

As a textile-driven womenswear designer, Saya tends to always begin with the vision of a textile becoming a garment and through applying traditional tailoring techniques. Then, she construct the garment to fit the body through an intuitive design process where fabric manipulations inform the silhouette.

With such talent, singularity and recognition, Saya Zalel has been selected for the foremost Artist Residency Program, created by Stonehenge NYC, whom she closely collaborates with.

« I have been lucky to be selected as one of the winners for the Artist Residency Program. It is a one-year residency where artists can live rent-free in Manhattan and collaborate with the company throughout the year.

It’s been helping me focus more on my creative work, and I am happy that such initiatives do exist and strive to give artists community time and space to create an amazing art! »

Saya Zalel is currently working on her new collection, heavily influenced by her cultural heritage, incorporating upcycling and traditional craft. She plans on collaborating with local artisans from her home country, and we can’t wait to discover her new work! 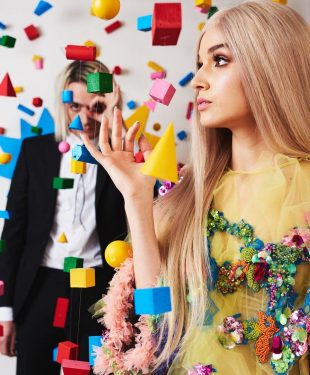 A post-pandemic view on the fashion scene

The pandemic brought a much-needed moment of pause and reset in the fashion industry.

We discussed with Saya Zalel about her view on the post-pandemic fashion scene and new inspiration.

« Even though it seems like the fast-fashion is going back to a regular cycle, there are still some positive changes, I guess.  More  people are becoming aware of the harm that this industry is causing to the environment. As a result, there is a substantial growing interest in buying sustainable and vintage clothing, each of which is more eco-friendly than shopping seasonally.

In addition, more brands are opting out of traditional fashion weeks and seasonality and establishing their own production calendars instead. I feel seasonality is an outdated and unnecessary model that only causes overproduction and waste.

The direct-to-consumer model is growing super fast, and I think it creates an opportunity for smaller brands or start-ups to connect with consumers, grow their brands, and make their voices heard through online platforms.

I  have been overwhelmed in excess of fashion for a while, and I have reflected a lot and asking myself where I belong in the industry.

I decided to hold back and take my time before jumping to the next project.  There are so many brands and new names now, and the market is hyper-saturated. I would not want to create a meaningless piece of clothing that will not serve the purpose and eventually end up in waste. My focus now is to make a garment considering its longevity, so I’m working more commercially in terms of my designs, creating functional but still exciting pieces. »

Top Best Activewear Brand That you Need for Your Workout

The First ‘Plant-Based Bra’ Has Been Released and You Need It!