By Marc Ang: Many Californians and especially Angelenos, who at one time were used to cleaner streets, cite unchecked homelessness as the number one issue affecting their lives. Politicians like to talk high above everyone when asked about solutions, but end up playing hot potato when asked to actually deal with it in a nuanced fashion. We don’t need academic studies or nonprofit think tanks tackling this issue – sometimes, we simply need them removed from camping in front of our house or business, so we can get on with our lives. 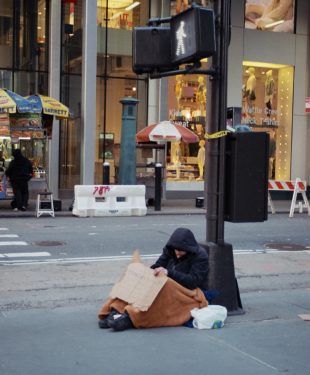 Photo by Daria Sannikova on Pexels

Joseph Gharib, owner of several paid parking lots in Hollywood, also has his main offices in the heart of America’s favorite tourist attraction. Annually, pre-COVID era, 48 million come to Los Angeles as tourists and Hollywood is on top of that list. Sadly, Hollywood, even before the shutdown and the exacerbation of the homelessness crisis, was starting to develop a reputation of being an underwhelming slum. Vice Magazine even cited 50 instances when the famous Hollywood walk of fame stars were defaced, which is now a common occurrence, as they are regularly urinated on.

Joseph cites the view of Hollywood Boulevard as “horrific”. Though his office is gated, the homeless have been regularly camped out on the staircases to his office. Sometimes, they have been so brazen, the random homeless person would walk inside his office, wanting to use the bathroom. With COVID regulations, it is actually not permitted to wake them up if they are sleeping, even if it is affecting access and people’s businesses.

On one of his parking lots on Las Palmas and Yucca, the homeless had taken over the sidewalk with their tents and had blocked access into the lot by cars. This affected his business for about two months before he could actually get them removed. During this time, they took power from the ground, had full-on enclosures, which emboldened them to throw parties in the evening with random females coming in and out. 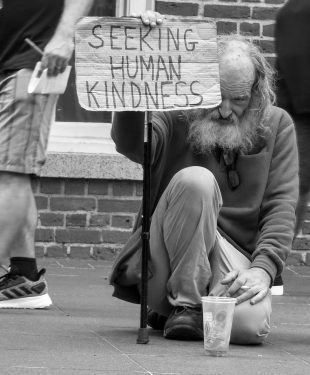 Photo by Hejaar on Pexels

It was the business that suffered. Joseph called the police, but they were not allowed to move them due to COVID. The police referred the business owner to Hollywood BID (Business Improvement District) who then referred him to Street Services. Secret Services gave the same answer, “we can’t touch them”, and kicked the responsibility football over to a Homeless Liaison, who at least gave lip service to Joseph’s request, “No problem. We will talk to them and move them.”

Joseph wanted to be open for the weekend but he couldn’t. Little did he know it would take many more weeks.  He escalated it to his city councilman, who’s field deputy tried hard and finally after 3 weeks, the tents blocking access into his lot were removed. But not by any power of the government entities that played hot potato with this case.

Funny enough, it was a private entity that ultimately solved the problem.  One of the people in the neighborhood was annoyed with the homeless encampment and figured out that the only way to move them was to pay for a tree service to cut the trees. This private citizen paid for the service with his own money.

If the private residents are annoyed, you can imagine the Dream Hotel, Thompson Hotel, Mama Shelter and other brand new multi million dollar investments cannot hide the optics of Skid Row right in front of their luxury properties.

To this day, encampments are still everywhere and growing by the number. This has affected Joseph’s business as customers are reticent to park in his lot because, while he can keep the lot safe and hygienic, the optics of the outside quickly turn off potential customers. Just a few days ago, a person got stabbed by a homeless man in Hollywood. News stories like this do not help the tourism business. Neither do feces on the sidewalk or random people panhandling, presumably for drugs by their abrasive and jarring approach and jitters in their movement.

Naturally, crime has increased and now there’s a new problem of street races on Hollywood Boulevard as there is hardly any police presence anymore, especially on weekends. Meanwhile, everyone is tiptoeing the problem and no one is taking any tangible measures.

Joseph, an honest business owner tired of the inefficacy of government, says, “Bring Hollywood back. That was a dream. It’s not Hollywood anymore. It’s a walk of shame, not a walk of fame anymore. Shame on the city council. Shame on the mayor’s office. Shame on the bureaucracy. Shame on everyone who completely ignored the businesses. Every Hollywood business would attest to how much they have been ignored.”

It is clear that we need solutions and action, not an endless loop of government officials who won’t take responsibility. It’s time for a change.

Marc Ang ([email protected]) is the President of the Chinese American Citizens Alliance in Orange County, co-chair of “Recall Gascon Now”, was the Director of Outreach for the “No on 16” campaign, a community organizer in Southern California and the founder of AsianIndustryB2B who specializes in race relations and the minority conservative experience. His book “Minority Retort” will be released in late 2021

This past week, Entertainment Weekly released its first LGBT issue in 15 years and gracing the front cover is the fabulous and marvelous Laverne Cox.
Cox became the first transgender person to land the cover of TIME back in May of 2014 and has since scored a number of other firsts. In July of last year, she became the first openly transgender actress to land an Emmy nomination for her role as Sophia Burset in Netflix’s Orange is the New Black, and in June of this year, it was announced that she would become the first transgender person to appear in wax form in Madame Tussauds.
She is an advocate of LGBT rights and has worked to advance the public understanding of the trans community. When faced with ignorance and misunderstanding, Cox calmly corrects those who have it wrong.
After Vanity Fair unveiled its 22-page cover story introducing Caitlyn Jenner to the world (which hit newsstands this week) people tried to pit Cox and Jenner against each other, as well as focus on Caitlyn’s physical transformation. Cox took to her tumblr to support Caitlyn, as well as point out issues the transgender community faces that cannot be ignored.
She said, “Most trans folks don’t have the privileges Caitlyn and I now have. It is those trans folks we must continue to lift up, get them access to healthcare, jobs, housing, safe streets, safe schools and homes for our young people. We must lift up the stories of those most at risk, statistically trans people of color who are poor and working class.”
The National Gay and Lesbian Task Force’s Injustice at Every Turn survey gathered statistics about discrimination that the transgender community faces. Forty-one percent of respondents reported attempting suicide compared to 1.6 percent of the general population, with higher rates for those who lost a job (55 percent), were harassed or bullied in school (51 percent) and more. These staggering statistics are devastating.
When these issues are brought to light, it also brings a number of ignorant people to the surface. These trolls can be found on the Internet spreading hate anonymously or they can be found on social media pages. It’s important to remember that we can help spread knowledge about these issues and work to dissipate the ignorance of these topics. Study the statistics, read the articles and learn how to talk about these issues. There’s still a long way to go.
Image: Alexei Hay for EW

Why Hulu’s Upcoming ‘Ramy’ is an Important Show To Watch