Tory Lanez is preparing the release of his newest project PLAYBOY, symbolizing the deep feelings he felt upon the creative process, emotions caused by a breakup that left him vulnerable. “Emotionally, I was able to flow creatively. Some of my best creations come out when I’m vulnerable,” he describes. This is best characterized in “Deceiving Eve,” the track he felt the most vulnerable of the project. “This is me being as honest as I can be on a record,” he shared, adding, “For the first time in a long time, I was writing R&B from a place of hurt and vulnerability, Unlike a lot of my other R&B which is based on the pure vibe and catchy melodies.”

Lanez recently dropped the music video for the lead single “Feels” which has received over 10 million YouTube views 15M in total consumption in just over a week. Directed by Christian Breslauer and featuring R&B crooner Chris Brown the song is a seductive ballad that showcases the two singers rhapsodizing over bedroom antics. Brown and Lanez previously collaborated on tracks like “Flexible” and “The Take” off Lanez’ Chixtape 5 album which generated over 300M in total streaming consumption, and 40 million YouTube views. The two have teased a potential collaborative project for the future.

On working with Brown he says, “Me and my Bro are not playing. This song is kicking off my new capsule PLAYBOY. This is one of my favorite bangers to date. It’s R&B season.”

Playboy comes on the heels of Lanez’s Rap capsule Loner and his full length album Daystar which reached #4 on Billboard U.S Rap and Hip Hop/R&B Billboard charts. It also soared to #10 on the U.S. Billboard 200.

Lanez says, “I want my listeners to walk away with an understanding of how my emotions are and I want them to understand that this is an honest depiction of how I feel about relationships and people that are close to me.” 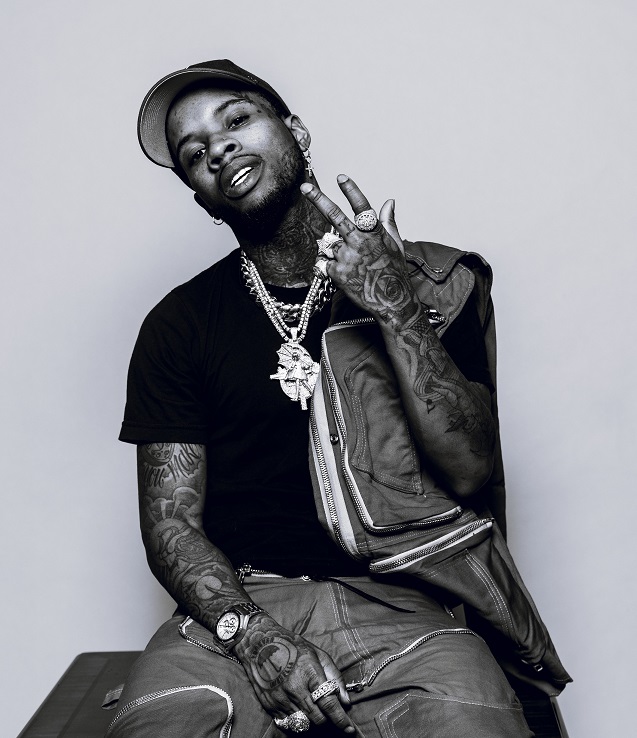 Rapper, singer, and producer Daystar Peterson knew as a child the moment he witnessed his father, a traveling preacher and faith healer, impact lives through the power of language that he would one day embody that impact in his craft. Today, his cut-through music—often revolving around lust, heartbreak, desire, and buoyant themes, has catapulted him as a generation-defining figure. With Impeccable voice projections, a golden ear for sounds and glossy transitions, as well as sharp lyrics, his artistry and music assembled thus far has created a legendary career that transcends fan bases and singular genres.

The hybrid artist plans to continue assuming his multi-faceted role and reach corporate mogul status. As he builds, he broadcasts, giving fans a more in-depth look into his lifestyle and work-life on his #PSA YouTube series.

Afrojack & Black V Neck Throw It Back To 2010 With New Tech House Track “To The Floor.” Out Now on MDLBEAST Records